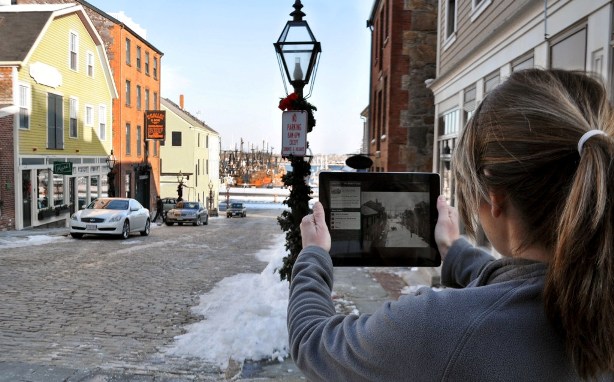 Users of the app will have the opportunity to learn about the men and women who contributed to New Bedford’s dominance of 19th century whaling through historic photographs, paintings and illustrations, and stories of triumph, tragedy, sacrifice, and perseverance. A GPS-enabled triggering system allows users to access information automatically or manually. Let this walking tour app be your guide to the city that Herman Melville described as “perhaps the greatest place to live in, in all New England.” Free downloads are available on the park’s website, Apple’s App Store, and Google Play. Search keywords “New Bedford Shoreside Industries.”

Jen Nersesian, superintendent of New Bedford Whaling National Historical Park, remarked, “The public often hears of whalemen and whaling voyages, yet the men and women who worked ashore in New Bedford to support that enormous industry are given little attention. This tour, available to anyone with a smart phone, brings those stories to life. This app is not just for visitors who have travelled a great distance to get to New Bedford; we hope that members of our local community will also explore this history in their national park.”

Shoreside Industries was produced through a partnership between the New Bedford Whaling Museum and the National Park Service.