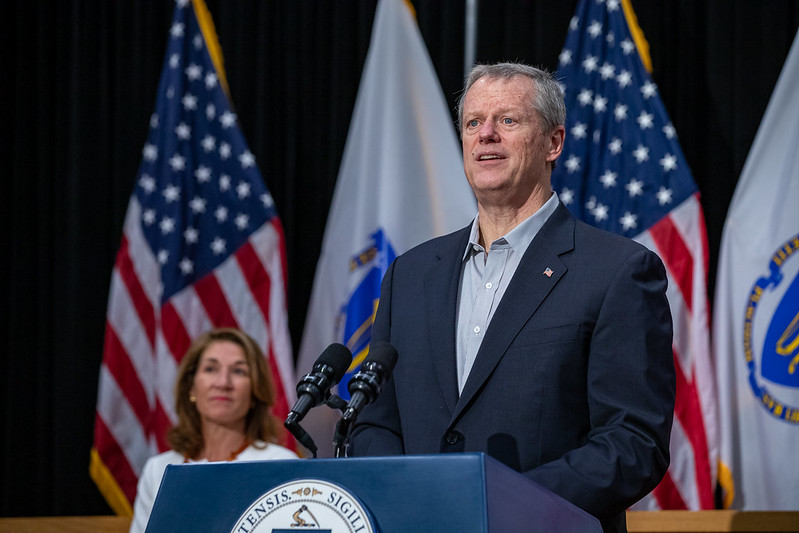 A deal has been reached between leaders in the House and Senate on early voting and vote-by-mail legislation that should pave the way for a major expansion of voting options ahead of the 2020 election to encourage participation during the COVID-19 pandemic.

Rep. John Lawn, the lead House negotiator on the bill, told the News Service Monday morning that the conference committee had reached agreement, and planned to file its report by Monday afternoon. The Watertown Democrat said he anticipated a vote of the full House on the final bill Tuesday.

“Hopefully we’ll take this up tomorrow and then to the Senate and get it to the governor as soon as possible,” Lawn said.

The House and Senate versions of the bill instruct the secretary of state’s office to mail every voter an application to request a mail-in ballot for the primaries on Sept. 1 and the general election on Nov. 3. The goal, lawmakers have said, is to allow voters to avoid the polls, but still participate during the upcoming primaries and general election if they feel unsafe due to the ongoing pandemic.

The bill also for the first time in Massachusetts creates an early voting window before the statewide primary, and expands early voting before the general election. Voting in-person will remain an option.

The legislation went to conference committee June 18 after the two branches diverged on application mailing methods and limitations to when local clerks could change polling locations. The deal being finalized Monday would have registered voters receive two applications to request mail-in ballots: one will be mailed by July 15 for the primary election, and another in September for those who want to vote by mail in the general election.

The conference committee opted against a Senate plan to use the voter information guides that are sent every election by Secretary of State William Galvin to households around the state as a vehicle to deliver one of the applications.

“We’re trying to have it be as clear as possible so people aren’t calling clerks and getting confused,” Lawn said.

The six members of the committee also agreed to let local clerks change the location of a polling station up to 20 days before the election, which reflects what was in the Senate version of the bill. The idea is to give election officials some flexibility to respond if there were to be an outbreak of COVID-19 at a school or in another building that doubles as a polling location.

The final version of the bill was negotiated by Lawn and Reps. Michael Moran of Boston and Brad Hill of Ipswich for the House, and by Sen. Barry Finegold of Andover, Sen. Cynthia Creem of Newton, and Sen. Ryan Fattman of Sutton.

A joint statement from leaders in both branches was being prepared to announce the compromise.

After nearly two weeks of negotiating behind closed doors, the “jacket,” or cover sheet that must be signed by members of the conference committee before a report is filed with the clerk to signal agreement, was picked up Monday morning from the House clerk.

It’s unclear if all six, including the two Republicans, plan to sign off on the final compromise.

The House approved its own version of the bill on June 4 and the Senate followed suit on June 16 after dealing with a combined 68 amendments.

A new Suffolk University poll for WGBH News, the State House News Service, The Boston Globe and MassLive found that just 24.8 percent of voters expect to vote by mail this fall, while 61.4 percent said they would vote in person and almost 12 percent said they were undecided.

The poll taken June 18-21 also found that Democrats were far more likely than Republicans to be interested in the vote-by-mail option. Thirty-two percent of Democrats said they would vote by mail, compared to just 6 percent of Republicans and 24 percent of unenrolled voters.