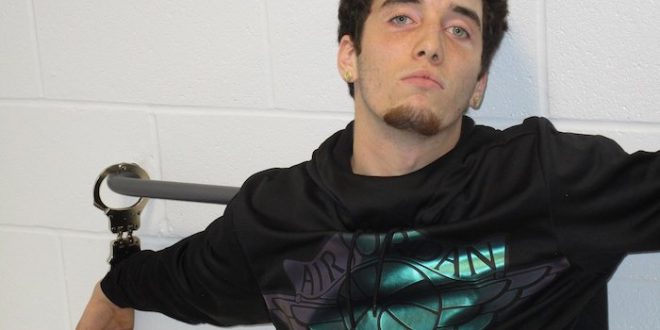 On Wednesday, November 20, at approximately 2:09 a.m., Dartmouth Police responded to Avis Street, after receiving a 9-1-1 call from a homeowner reporting that a male was attempting to break into their house.

Upon arrival, Officer Joseph Hilchey observed a male suspect flee into a wooded area abutting the house. During an interview with the homeowner, it was learned that the male suspect, who was allegedly holding a metal pipe during the incident, knocked loudly on the door, then announced “This is the police! I have a warrant! Open the door!” It was at this point that the homeowner called 9-1-1 for assistance.

The homeowner further stated that after calling 9-1-1, and before the suspect fled into the woods, he attempted to gain entry into the house by kicking both the front and back door.

At approximately 3:57 a.m., Officer Hilchey observed a male matching the description of the suspect walking in the area of the attempted burglary.

After identifying the male as 20-year old Joshua Correia of Dartmouth who was arrested and charged with vandalizing property, impersonating a police officer, and attempted burglary.

Subsequent to being booked at Dartmouth Police Headquarters, Correia was transported to New Bedford District Court to be arraigned.