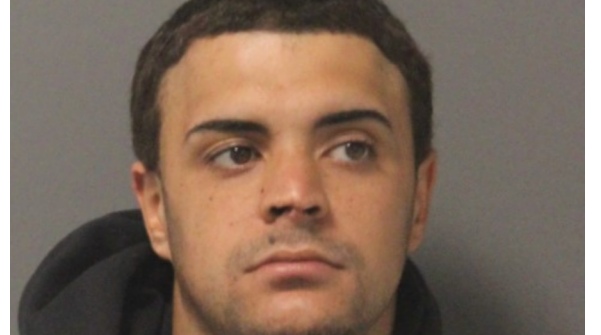 On Friday, September 25, 2020 at approximately 5:44 a.m., members of the Dartmouth Police Department were dispatched to a residence located on Barbara Court, after receiving a call from the homeowner reporting that someone had allegedly broken into their home.

According to information provided by the homeowner, they were awoken by a noise in their basement. In addition, the homeowner also reported that they observed an unidentified male ringing their doorbell.

Upon arrival, officers observed that a window leading into the garage had been broken into, and that the bulkhead leading to the basement was also open.

While clearing the garage, officers observed that in addition to it be ransacked, both vehicles inside had also been gone through.

As it was believed that the male suspect was still in the immediate area, a perimeter was setup, during which time Officer Joshua FREDETTE discovered that the garage door of the residence located next to the house associated with the original call was also slightly open.

While notifying both Dartmouth Police Communications, as well as other officers of his discovery, Officer FREDETTE observed someone walking around inside of the garage.

After ordering the person to exit the garage, a male wearing dark clothing, a dark hat, and a medical mask appeared from within, and obeyed Officer FREDETTE’s additional command to lie down on the ground.

Subsequent to being handcuffed, the male suspect was identified as Preston PEDROSA, 27, of Main Street, Wareham, MA.

During a subsequent search of PEDROSA, officers located several items belonging to the original calling party. In addition, PEDROSA also had non-prescribed Suboxone strips in his possession. 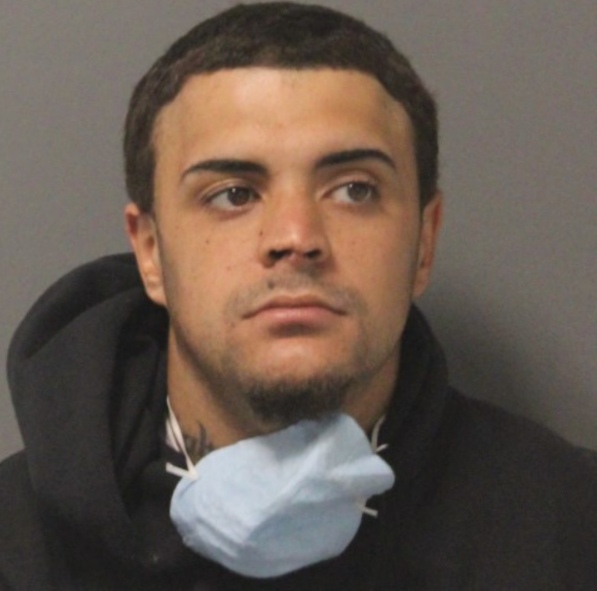