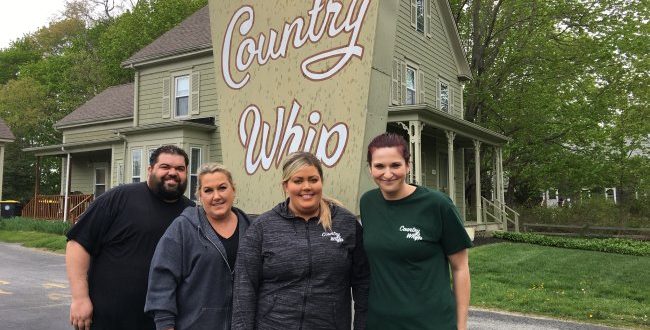 Who on the SouthCoast and even beyond, doesn’t have fond memories of taking a country road drive to Acushnet’s Country Whip? Remember how excited the whole house got when it was announced? I know my brother and I would hoot, holler and jump up and down while racing to get ready. Any delay in getting there was simply not acceptable. This process needed to happen 15 minutes ago. Why hadn’t someone invented teleportation yet?

The ride there was nice and all, but the attention was on the debate over which flavor of smooth, creamy, ice cream to choose. This was decades ago and I don’t have the best of recall exactly how many, but I remember the almost overwhelming variety of options. That only insured frequent returns so as you be able to try them all and compare. These days there are over 50 to pick from. One does not just walk into Country Whip and effortlessly choose. It’s like having parent being forced to choose a favorite child. Who can do such a thing? Luckily you could double or triple stack those heavenly flavors. Jimmies? Hot fudge? Nuts? So many options. 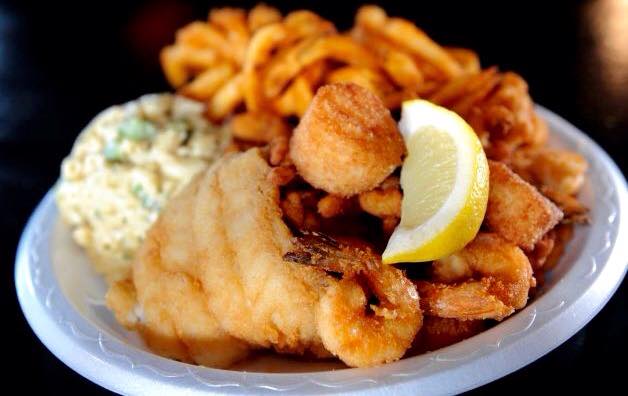 Since Country Whip has been around for over 60 years, it’s not uncommon to hear similar stories from grandparents, parents, and children – even grandchildren. It’s also not unusual to see multiple generations together on a visit. In a world that is constantly changing, few are as consistent and true to their roots as Country Whip and is a big part of their popularity. Sometimes something as simple as summer ride out to the “Whip” for an ice cream, is a great reminder of one of life’s simple pleasures.

No matter what you wanted, there was certainly something for everyone. That philosophy of appealing to everyone carried over to something that is as good, but has been overshadowed by the epic nature of the ice cream: the food. The family owned and operate business has been serving food that – dare I say without being blasphemous – rivals the quality and deliciousness of their ice cream. * gasp *

Head chef Ruben Talavera and the team are churning out all the classic, American standards: grilled hot dogs ($1.95), homemade clam cakes with actual clams in them, clam chowder, burgers ($3.25), wraps, Fish & Chips (Mkt.), Fisherman’s platter (Mkt.), fried clams…you know those quintessential classics! Here’s the thing though: these standards are as good if not better than anything I’ve ever eaten. In fact, Country Whip might just ruin the standards for you because once you try it the proverbial bar has been raised. One that everyone has to reach for, or you will have to only go to one place and get your fix. 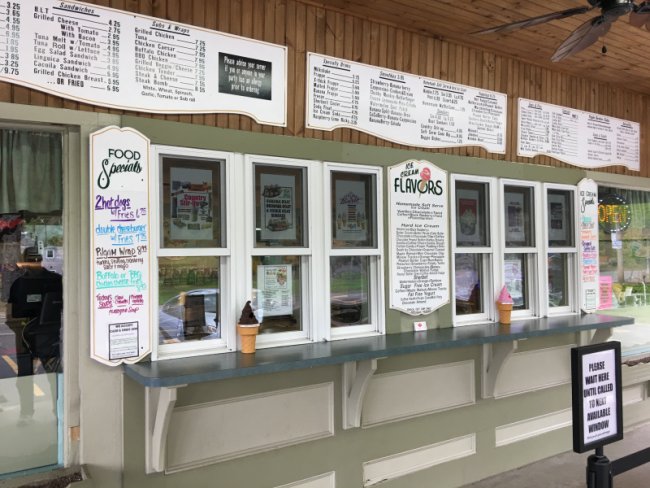 Country Whip doesn’t just do the traditional favorites, but their passion comes out in the creativity of the weekly specials, daily homemade soup of the day, and special menu items. They also offer non-traditional items. Like what, you ask? Fried pickles ($3.50), linguica dogs ($3.25), or Buffalo tenders ($8.50). Ever had Lasagna Soup? It’s unreal – chunks of perfectly seasoned ground beef, pasta and a rich broth. (Picture #21) Have someone in the mood for Mexican, but everyone wants fish & chips or hot dogs? No problem, you can choose from seven different Quesadillas, most $8.75-$8.95.

The team at Country Whip is hands-down producing some of the best food on the South Coast and with affordable prices that will shock you. That means you can bring the whole family to eat without breaking the bank.

My go to dishes are for when I want to treat myself. The fish & chips, fisherman’s platter, fried clams (served with or without bellies), or one of their other seafood items that they serve 7 days a week. You can see how generous the portions are and the perfect golden-brown color of their seafood dishes.

On our recent visit New Bedford Guide ganged up on the Country Whip’s staff and as always we were greeted by warm smiles. We ordered Lasagna Soup, a creamy, rich chowder (Pic#22), clam cakes with malt vinegar and tartar sauce (Pic#25), a mountain called the Chicken Club with French Fries (Pic#24), a huge portion perfectly and lightly battered Fish & Chips (Pic#23). And as always, everything is consistent no matter how many years pass. Same happy people and service, same mouth watering food. 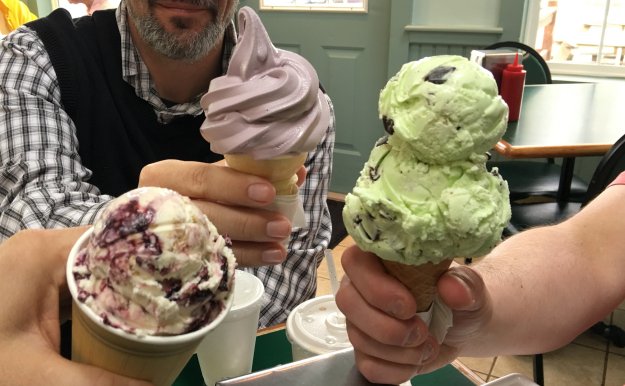 Now, if you’re more of an ice cream person, you know it all about the Country Whip. If you have never been, but heard all the hoopla: they serve some of the best ice cream you’ll ever devour. Dozens of flavors of soft serve ice cream made with homemade extracts, including the unique coffee-black raspberry twist. You can, of course, get “hard shell dips,” candy toppings and all your favorite sauces.

There is also farm fresh, small batch hard ice cream from Richardson’s Dairy Farm in Middleton, MA. At Richardson’s they milk the cows to insure the finest, freshest ingredients for the ice cream. Your choice of traditional, or daily baked waffle cones. Throughout the year you may see other types of batter creations for the cones like funfetti, maple bacon, chocolate, strawberry banana, fruity pebble, Oreo, pumpkin cinnamon & apple peach.

Country Whip is the superlative family spot. You can get take-out, sit in, call ahead. There is ample enclosed, outdoor patio seating, full service indoor. Supporting their community, Country Whip is involved with numerous local organizations, and employs the friendliest local high school and college kids.

What are you waiting for?!

When Joe isn't writing, he's coaching people to punch each other in the face. He enjoys ancient cultures, dead and living languages, cooking, benching 999#s, and saving the elderly, babies and puppies from burning buildings. While he enjoys long walks on the beach, he will not be your alarm clock, because he's no ding-a-ling.
Previous 16 Things To Do This Weekend (May 12 – May 14)
Next 11 amazing south coast, Massachusetts farmers’ markets for 2017