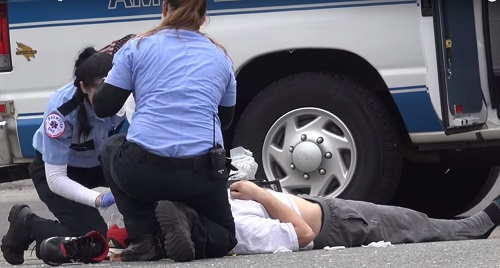 New Bedford City Councilor-at-Large Brian Gomes is pushing City leadership to go after the pharmaceutical companies that produce opioid painkiller medications and the doctors that may have overprescribed them. The following motion is scheduled for the New Bedford City Council session on Thursday, March 18, 2018:

WRITTEN MOTION, Councillor Gomes, requesting, that Mayor Mitchell and City Solicitor McDermott begin the process of filing a lawsuit against the pharmaceutical companies that produce Opioid pain killer medication based on the damage done to our community, the lives lost, the epidemic of overdoses, and the added calls for services from our EMS, POLICE and FIRE DEPARTMENTS, along with the distraction and deterioration of the Cities, people and communities; and further, that the City Solicitor ask the State for records of the pharmaceutical companies that have done business in the area along with records of any area doctors that may have overprescribed Opioid drugs in the greater New Bedford area; this request and lawsuit is similar to other communities that are taking this action and this Councillor is requesting it on behalf of our City.

Recently, the City of Fall River has started a lawsuit campaign to go after the pharmaceutical companies that produce opioid painkiller medications.