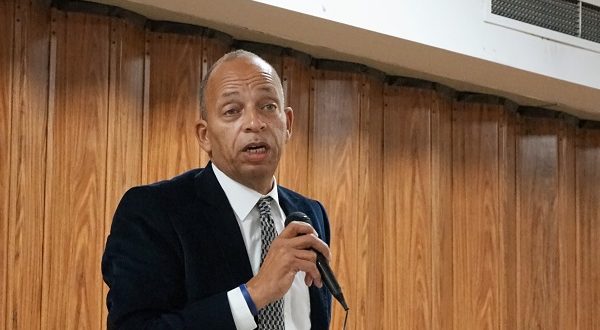 The following written motion is expected to be presented to the New Bedford City Council meeting scheduled for Thursday, June 24, 2021:

WRITTEN MOTION, Councillor Gomes, requesting, increased Police patrols in the Downtown historical area due to the increasing foot traffic and criminal activity around Custom House Square and the Massachusetts 54th Volunteer Regiment Memorial, throughout the historical district business owners are concerned that this criminal activity could be detrimental not only to their businesses but to the district as a whole; and further, once more requesting, that the Mayor reverse his decision to close to Downtown Police station, the closing of the station will have a dramatic and detrimental effect on the entire downtown area. (To be Referred to the Mayor, Police Chief Paul Oliveira, and the Committee on Public Safety and Neighborhoods and that Rule 40 be Waived.)