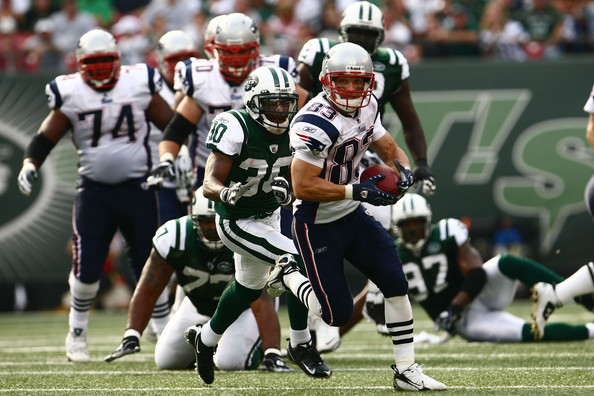 Another day, another incendiary comment by a member of the New York Jets.

The Jets are a funny team.  Ever since the first day of training camp they’ve told the world they are heading to the Super Bowl.  Every week they talk about how great they are, and how they are better than the rest of the teams in the NFL.  They talk and talk and talk, and when they finish, they talk some more.

The Jets went 11-5 this season, good for the sixth seed in the AFC Playoffs.  Their record included four wins by five points or less.  One game that wasn’t that close was in Week 13, when the Patriots beat them 45-3.  As expected, this result didn’t go over well with the Jets, who are familiar with talking trash, but aren’t accustomed to being thrashed so decisively.

After the game, Jets receiver Braylon Edwards claimed that the Patriots ran the score up on them.  Oh, those poor, helpless Jets.  His team talked all week about how they would beat the Patriots, and instead they were dismantled.  Admittedly, the Jets are a talented bunch of players, a fact they don’t need to remind anyone of.  Unfortunately, they are also the dumbest sports team on Earth.  Let’s revisit the comments Edwards made after the last meeting between the two teams:

This from a man who, after catching a touchdown against the Pats in Week 2, stood over Pats defensive back Darius Butler and decided to teach him how to “Dougie.”   Edwards doesn’t want to say the Patriots ran up the score, but at the end of the day, he’s saying the Patriots ran up the score.  He also says that if his team were good enough to do so, they would have run the score up as well.  What Braylon Edwards should have said is that he is as moronic as that beard growing on his face.

So it came as no surprise this morning when I read the comments made by Jets cornerback Antonio Cromartie about Tom Brady.  Cromartie was asked about the last game, when Tom Brady pointed at the Jets bench and celebrated after the Patriots scored to go ahead 45-3.  You would think that a team used to talking trash, celebrating, and generally saying and doing whatever they want would be able to understand where Brady was coming from.  Instead, Cromartie had this to say:

“We see that a lot. He does it a lot(celebrating when his team scores a touchdown).  “That’s the kind of guy he is. We really don’t give a damn, to tell you the truth.”  When asked what he though about Brady, he said, “ass—-.”  He continued, ” —- him.  That’s what I think about him. I don’t really give a damn about him.  I don’t have to play against him.  I play against the receivers.”

Strong words from a man who’s stable of illegitimate children shames even the great Shawn Kemp.  Cromartie has nine children with eight women living in six states, and has been named in at least five paternity suits in the past two years.  On HBO’s Hard Knocks, Cromartie was asked to name all his children, which he struggles to do.  In March, before the final year of his $12 million dollar contract, Cromartie needed to have the Jets front him $500,000 from his 2010 salary to make outstanding paternity payments.

Perhaps Cromartie forgot the cautionary tale of Anthony Smith, a Steelers defensive back who guaranteed his team would triumph over the Patriots in a 2007 game.  By the end of the game Smith had been benched because Brady had thrown two touchdowns on him while leading the Patriots to a 34-13 victory.  Within weeks of the game, Smith had been released by the Steelers.  Brady has spent his career listening to his opponents talk trash all week, and then going out on Sunday and beating them into oblivion…just as he did against the Jets earlier this year. 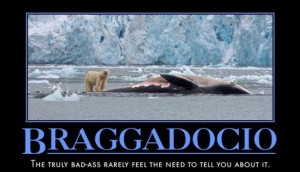 It’s a case of the pot calling the kettle black, it takes one to know one, and people who live in glass houses shouldn’t throw stones.  These idioms seem to have been made for the New York Jets.  They take their cue from head coach Rex Ryan, who coaches and talks trash in equal parts.  Cromartie is the kind of person who’s personal history precludes him saying the things he said about Tom Brady, and Braylon Edwards can dish it out but he can’t take it.  Once you choose to dance over a fallen opponent, that opponent has the right to score 45 points on your team, no questions asked.

These are the New York Jets.  Their house is made of glass, and nearly every player on the roster seems intent on bringing it crashing down with their tough talk and braggadocio.  The inescapable truth is that this Sunday in Foxboro, one team will advance to the AFC Championship game, while the other team begins its off-season.  The talk won’t matter.  The only thing that will matter is who wins the game.  You can’t win a game in the NFL based solely on talk, which is why I’m happy to be a Patriots fan.

Previous The Best Bars for Watching the NFL Playoffs
Next Thank You, Mr. Zuckerberg!