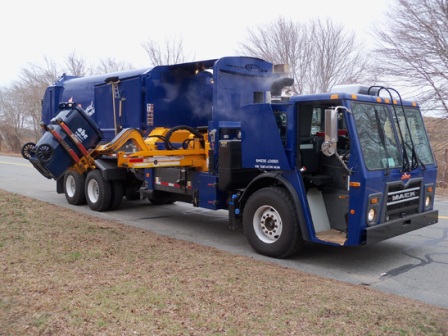 ABC Disposal filed six counterclaims against the City last summer, and the City sought to dismiss four of them without further fact-finding. The Bristol County Superior Court has found in favor of the City of New Bedford on three counterclaims against ABC Disposal on which the City sought the Court’s ruling. On a fourth counterclaim, the Court declined to decide on ABC’s assertion that it should be released from its contract, and instead held that the City and ABC should proceed toward a trial to resolve this aspect of their dispute.

In the first two counterclaims filed against the City last summer, ABC Disposal alleged that the City breached its solid waste contract with the company by failing to prevent its residents from placing contaminants in their recycling bins and by failing to renegotiate its contract with ABC. ABC asserted that the City should therefore renegotiate the contract to pay ABC more money due to the increased cost of recycling services triggered by a change in Chinese recycling policy.

In the two other counterclaims, ABC argued the company could be released from its contract. The Court rejected outright one of these claims, and, in the other, rejected ABC’s argument that it could be immediately excused from performance under the contract. The Court instead directed ABC and the City to proceed to fact-finding to resolve a dispute over certain contractual terms.

“I am pleased that the Court not only dismissed three of ABC’s counterclaims but also declined to allow ABC to be immediately released from its contract. We will continue to defend the interests of taxpayers and residents who depend on trash and recycling services,” said Mayor Jon Mitchell.

Served 20 years in the United States Air Force. Owner of New Bedford Guide.
@NewBedfordGuide
Previous Moderate to heavy snow to impact afternoon commute in RI and MA
Next Councilor Lima calls for the U.S. to “pull back from the brink” and prevent Nuclear War