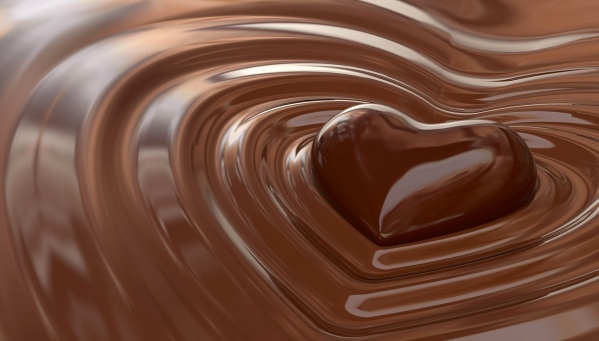 Chocolate, how we love thee. Dark, milk, hot, Ruby, or unsweetened for baking, it doesn’t matter. As a bar or melted as liquid, married with nougat, peanut butter, or caramel, we love you. Everything except that abomination called white chocolate. Get behind me, Satan!

The amount of chocolate being eaten by Americans rose by 12% last year according to the National Confectioners Association. Perhaps the pandemic made people turn to something comforting, a little slice of heaven away from it all!

While it was the ancient Meso-American Olmecs that brought the world chocolate as far back as 1900 B.C.E. the entire world has a love affair with the stuff thanks to the Spaniards mass producing it in the 16th century. Chocolate production wouldn’t happen in the U.S. until 200 years later thanks to Dr. James Baker and John Hannon founders of the Baker Company in Boston. The rest of the country should thank us for yet another first. You’re welcome.

As of 2020, the world’s leaders of production are in West Africa and they are responsible for 60% of the world’s cocoa supply. Indonesia, Brazil, Ecuador, Peru, Dominican Republic, and Colombia round out almost all of the remaining 40% of chocolate production.

Today, no one loves the confection more than the Swiss who consume a whopping 19 lbs per person annually. The most shocking chocolate statistics is that we Americans are not even in the top ten in terms of annual consumption. In fact, we are ranked 19th in eating chocolate with a pathetic 9.5 pounds, half of what the Swiss eat.

I don’t know about you, but I will do my part and show my patriotism by increasing my chocolate consumption. How about we band together and see what we can do about those rankings?

When it comes to the greater New Bedford area there are few spots as famous as Dorothy Cox’s Chocolates who have been delighting chocolate lovers since 1928. They have locations in Fairhaven and Wareham. Emma Jean’s Cupcake Factory in Fairhaven took over the original Dorothy Cox Chocolates location on Huttleston Avenue, but that spot went out of business and they produced non-chocolate and candy products until the pandemic hit and they became a casualty.

What is your favorite way to devour chocolate? How much chocolate do you eat in a day, a week? Would you say that you consume the nation’s average of 9.5 lbs or more? Let us know in the comments below!