“My son goes to Keith Junior High School in New Bedford and has been bullied for the last few weeks.

I’ve been told they have resolved it but each day my son comes home saying how it’s escalating. I’ve reached out to the teachers, principal, and superintendent with no real resolution.

How is it okay to run your school this way?”-Concerned mother.

“My understanding is that New Bedford is considered a high-risk area for the spread of COVID. School children and teachers are required to wear masks indoors which I strongly support especially when the vaccine rate still hovers around 50%.

However, I often watch the local TV access meetings of school boards, city councils, including charter school planning committees, whose leaders represent the children. Little or no masking is seen …all indoor settings.

The latest CDC report states that even vaccinated people should wear masks in all public indoor places.

Please be an example for the children you serve; if we expect them to wear a mask all day, please mask up yourself. Is it a mandate? No. It is a way to further protect each other. Thanks.”-Jeanne Plourde.

“Could you please put this on your page? I live at the Hidden Brook Housing Apartments. I have lived here for a good 6 years.

Not only has the rent gone from $1,750 a month to now $2,095 a month but part of my contract is 24/7 maintenance. I have complained multiple times about my furnace not working and smoking and not producing AC but also the toilet on my first floor is broken and moves when you sit on it.

My father is severely disabled and can only use my bathroom on the first floor. I have called maintenance twice tonight and put in a work order and they still have not come to fix my AC or furnace that is smoking and making horrible noises. I have 7 fans on my second floor going to just cool off the upstairs let alone what I have going on downstairs to keep my disabled father and my 6-year-old child cool.

This is inhuman and a complete break in our legal contracting stating there is 24/7 emergency maintenance and I do believe AC not working in the summer and a toilet not safe for a disabled person to use is considered abuse to the disabled.”-Anonymous.

“Sheriff Ed Gonzalez has a proven record of opposing immigration enforcement and is the last person who should be confirmed to lead ICE — the agency charged with keeping our nation safe from criminal illegal aliens, drug cartels, and terrorists from around the globe.

As Sheriff of Harris County, Texas, Ed Gonzalez has served with a legacy that demonstrates very clearly his opposition to enforcing our nation’s immigration laws as currently written.

• Just one month into office, Gonzalez ended his office’s ICE partnership under 287(g) of the Immigration and Nationality Act which the county had participated in since 2008.
• Gonzalez was a fierce opponent of SB4 which banned sanctuary cities in Texas and required local officials to cooperate with federal immigration authorities.
• In 2019 Gonzalez barred his deputies from assisting in immigration raids in Houston.

Immigrations and Customs Enforcement’s agents deserve a leader who believes in the mission, not a fierce opponent of immigration enforcement. Without enforcing the rule of law, criminal illegal aliens are undeterred to enter the interior. Sadly, this results in continued human trafficking operations and drug smuggling, enriching transnational drug cartels at the expense of our communities and taxpayers.

Ending critical partnerships like 287(g) that some 200 state and local governments rely upon to enforce the rule of law are essential to keep communities safe. Federal, state, and local law enforcement coordination was one of the most important lessons of the 9/11 Commission and it is clear that Ed Gonzalez does not believe in coordination of immigration enforcement to protect our nation from terrorists and drug smugglers.

We appreciate and commend President Biden’s selection of an independently elected county Sheriff to serve as ICE Director. America’s Sheriffs are working hard on the front lines to protect their neighbors and communities. Protect America Now believes that the best days of America are still ahead but there are many threats and attempts to make America less safe, less secure, and ultimately less free.

Whether the issue is an attempt to trample on our Constitution and reject law and order, infringe on our second amendment rights, tolerate rampant illegal immigration or increasing taxes on working families, all of these issues are attempts to attack our freedoms. You can learn more about our more than 70 member Sheriffs from coast to coast in 31 states who support the constitution and the rule of law at ProtectAmericaNow.com.

No one who has a clear record of refusing to uphold the rule of law and support programs like Sanctuary Cities designed to make it more difficult to identify law breakers, should be appointed as Director of Immigration and Customs Enforcement.

OPINION: Downtown New Bedford is not only unsafe for our family but, it’s dirty, loud and disgusting

“Today we wanted to just grab a quick bite [to eat], find a shaded area, and enjoy the beautiful day in downtown New Bedford. That wasn’t possible.

I’d like to start off by saying we love our downtown and hang out there often. Today I was beyond disappointed.

We walked to three different locations and not one of them was anywhere I’d sit with my children and feel safe. At one point we walked on a sidewalk that we can tell someone had peed on against the wall, it was fresh. DISGUSTING.

We often sit by wings court, we’ve taken photos here and just enjoyed the art. Today that wasn’t possible. It was dirty, loud and there were people (homeless) loudly cursing.

At this point, we walked over to Custom House Square. This was even worse. Dirty beyond belief. There were dirty disposable masks EVERYWHERE. Cups and napkins thrown on the floor and grass 🤢🤢

The number of homeless people laying on the sidewalk and grass was unreal. There was a woman half-naked. Yes, you read that correctly. She was lying in the grass with her shirt pulled up and cupping her breasts with her hands. My kids were terrified.
Needless to say, we couldn’t sit and just enjoy a meal.

I’m sharing this because I know we can do better. The city of New Bedford, Massachusetts needs to do better. Tag anyone you’ll think will be of any help to this post. #newbedford #cityofnewbedford #newbedfordma #downtownnewbedford #MayorJonMitchell”-Vera Carvalho. 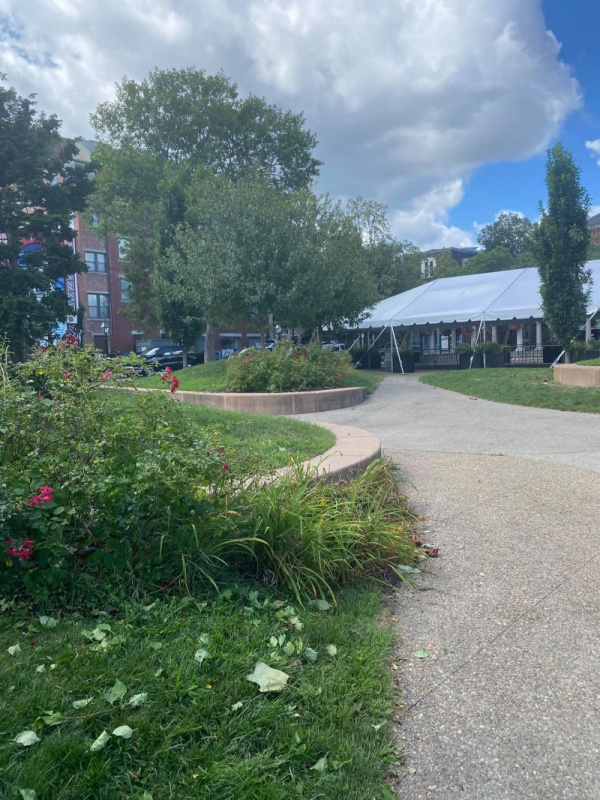 “Hey, hope all is well. I just wanted to speak with someone about a situation I am dealing with New Bedford school district.

I am being blackballed and can’t get an emolument after I filled a complaint to the school district about a co-worker categorizing me and profiling me for being a Hispanic minority. I worked at New Bedford High [School] then was transferred to another school once the investigation was complete.

I told my supervisors about it and they knew about it back in November and nothing was done. So I decided to take it upon myself because I wasn’t getting any help and now I’m left with no job and no explanation on why I was terminated.

I was about to get an interview at another school, then the principal spoke with my former supervisors and then decided not to move forward with my application and he couldn’t give me an explanation why as well.

New Bedford Public Schools preach diversity this and that I’m not sure if they are really following what they truly say.

No one is willing to give me answers maybe the people can help.” -Anonymous.

“These photos are to show you (and possibly have you do a short story on) how the young men parking in front of the Harrington Park on Court and Terming Street hang out here at night. They play music disturbing the residents but also trashing this park every day.

We have tried to get them to go away or at least respect the property that we pay taxes on and to no avail. Scott Lima, our ward counselor, has not responded. Sometimes the police come, but this is ridiculous.

We residents are left to clean it up or call the city to send someone so the kids can play and not be touched by this.

There’s no respect from these boys and we were told there are restraining orders on them from Temple Landing and that they are supposed to stay away.

I planted these flowers on Monday for my brother that had passed away in December. I admit to my mistake that I did not understand rule two, however, that does not give them the right to pull out the flowers without letting anyone know!

They didn’t even have the decency to fill in the holes. What also is pissing me off is the fact that there are other stones that have flowers in the back of the gravestones so I should expect to see those flowers pulled as well right?”-Makayla Isabelle. 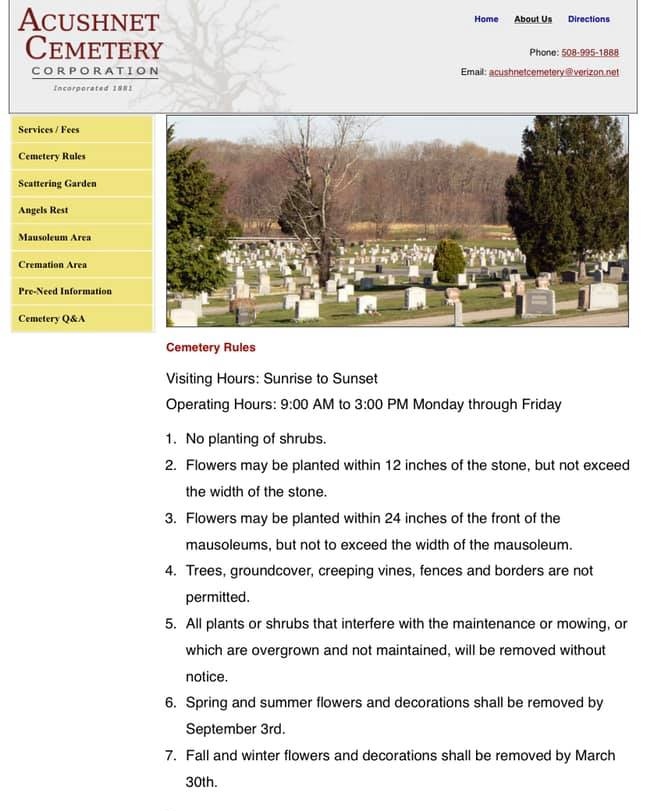 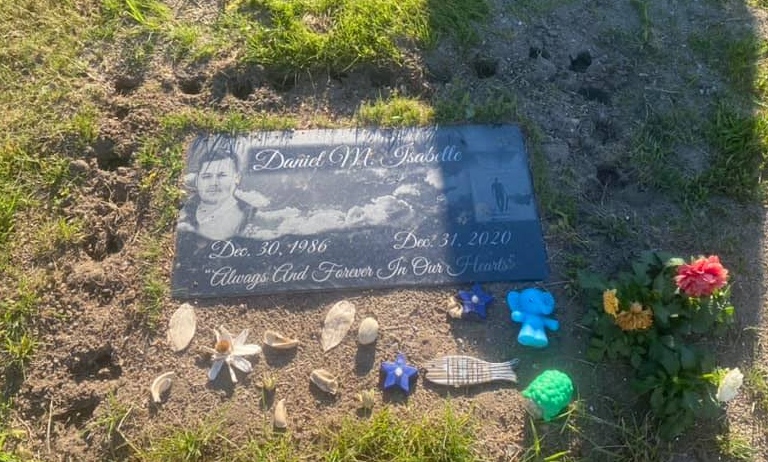 
OPINION: “If you have memorial items at New Bedford’s Sacred Heart Cemetery they are being removed!”

“Today I went to my family grave and found plastics flowers that had been there on Saturday, June 19 but today June 22 were gone.

I proceeded to the Maintenance Office at the bottom of the cemetery and asked if the items had been taken from the grave. The gentleman said if it is anything metal it is removed because it could rust in the ground and the object could become a projectile when mowing the grass.

I told him that the items that were taken were plastic. Here is a picture of a pile of items that the gentleman said to look through. These items were taken from graves by the cemetery workers for one reason or another.

Unfortunately, my items were not in the pile. It made me sick to go through all the items that were there. I felt a sense of loss for the families that had placed these items there.

SHAME ON THE CEMETERY for removing these items, some to me had no reason to be removed. In my opinion, it seems like LAZINESS is the key at Sacred Heart Cemetery.”-Wayne Gaboriault. 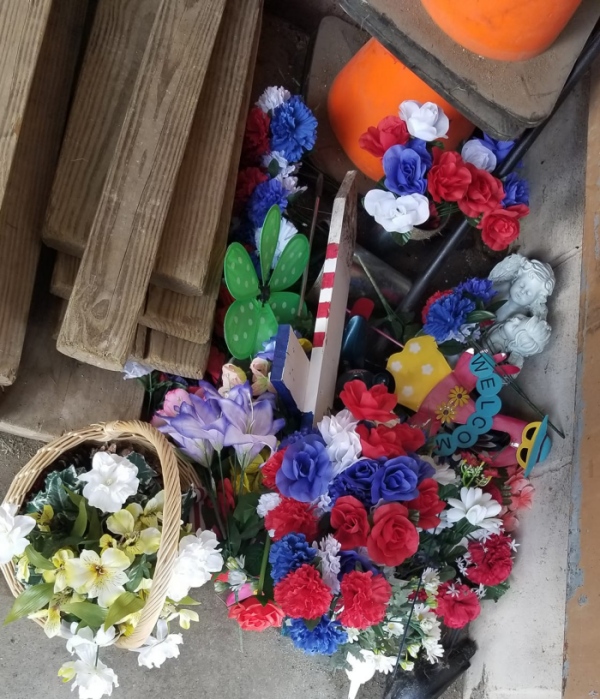 The following opinion was sent to New Bedford Guide. It is our policy to share opinions regardless of which side of the cultural, historic, or political spectrum. We may or may not agree with the opinions expressed in these articles.

If you have a story, opinion, or talent you want to share with greater New Bedford inbox us at info@newbedfordguide.com.

In a conversation following his receiving a Massachusetts Black Excellence Award from State Rep. Tony Cabral’s office Dr. Khazan spoke about the importance of preserving and saving the New Bedford community in Ward 4 from displacement and gentrification. This snippet is part of a cultural memory project entitled “Um Frenti Unido – Um Prujeto di Memória Kultural” (A United Front – A Cultural Memory Project).

Moreover, Cape Verdeans are also the first African people to “voluntarily” emigrate to the United States, post-European colonization. This makes this community uniquely important to African, Cape Verdean, and American history. This cultural memory project will elevate first-person narratives from this historic African immigrant community. It will also explore the cross-cultural relationships and moments of solidarity between the Cape Verdean, African American, Caribbean, Pokanoket, Wampanoag, Nipmuc, Narragansett, and Indigenous communities. The project is being led by La Soul Renaissance.

La Soul Renaissance recently received some funding to support portions of this project from (Mass Development – TDI – Barr Foundation) in the form of an “Art is Everywhere” grant through NB Creative. #DecolonizeAcushnet”