New Bedford Police and Fire officials, State Police detectives assigned to this office, and prosecutors are currently investigating a fire-related death which occurred this morning in The City of New Bedford.

New Bedford Police received a 911 call this morning around 8:30 to report a fire at a home at 55 Rounds Street. Police, fire and rescue personnel rushed to the scene of the blaze. Fire officials were able to contain the fire to the second floor of the home. After extinguishing the fire, officials discovered a deceased male victim inside a second floor bedroom of the home.

The State Medical Examiner’s Office is currently en route to the scene to take custody of the deceased in order to confirm the victim’s identity and perform an autopsy to determine the official cause and manner of death.

As the investigation is in its early stages, no further information can be disseminated at this time. Once we have a confirmed identity of the victim and next of kin notifications are made, our office will send out a follow up release with this information.

If anyone has any information about the fire or saw anything in the area of the fire this morning, they are urged to contact New Bedford Police at 508-991-6300 or by leaving an anonymous tip by calling 508-961-4584 or by utilizing the district attorney’s anonymous text-a-tip software by logging on to tipsubmit.com. 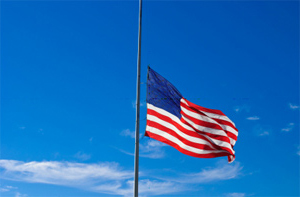 Governor Deval L. Patrick has ordered that the United States flag and the Commonwealth flag be lowered to half-staff at all state buildings from sunrise until sunset on Tuesday, April 15, 2014, in honor of the individuals who lost their lives and were injured during the Boston Marathon Bombings of April 15, 2013.

This gubernatorial order applies to:

1. The main or administration building of each public institution of the Commonwealth, e.g. town and city halls.

2. Other state-owned or state-controlled buildings.

For some reasons humans love negative stories and the media gives them what they want. At NewBedfordGuide.com we make every effort to promote the best parts of the Greater New Bedford area and make New Bedford a better place to live. Each Sunday, I’m going to find 10 positive stories of the week and share them. If you have a positive story to share e-mail us at info@newbedfordguide.com.

Here are the positive stories this week.

The investigation into the discovery of a deceased newborn baby in The City of New Bedford remains active and ongoing.

The infant has been identified as a Caucasian female, weighing approximately six pounds.

New Bedford Police, Massachusetts State Police Detectives assigned to this office and prosecutors are continuing to canvas the area around where the infant was found on County Street. Investigators are also renewing their call for the public’s assistance in locating the mother of the infant, who could possibly be in need of medical attention. If anyone has any information regarding the infant’s identity, the mother’s identity or her whereabouts, they are urged to contact New Bedford Police at 508-991-6300 or leave an anonymous tip at 508-961-4584.

New Bedford Police received a 911 call around 6:30 p.m. on Friday from a resident who discovered the remains of the deceased infant outside of a three-story home at 1065 County Street. Police and rescue personnel rushed to the scene, and upon discovery of the deceased infant, contacted this office and state police detectives assigned to this office. 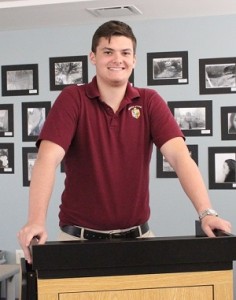 Bishop Stang High School, a diocesan, co-educational, college preparatory school located on the Southcoast, announced MacKenzie Long won the Dr. Mildred F. Jefferson Youth Oratory Contest which is sponsored by the Massachusetts Citizens for Life. MacKenzie will now go on to the National contest in Louisville, KY at the National Right to Life Convention on June 26-28 and compete in the Jane Thompson Oratory Contest.

“MacKenzie displayed his impressive leadership, confidence and persuasive speaking skills with eloquence,” said Amanda Tarantelli, Campus Ministry Leader and Theology Teacher at Bishop Stang High School. “We are excited for him to go on to the next level and have a chance to compete against so many accomplished high school students.”

The competition is held every two years to give committed pro-life young people a chance to speak their minds and hone their skills in the rhetorical defense of the unborn, elderly, infirm and vulnerable.

“I am honored to have the opportunity to speak persuasively in a competitive environment about a topic of which I am passionate,” said Bishop Stang Junior and Westport native MacKenzie Long. “I’m proud to represent my school at a national level and excited for the experience to come.”

News of the deadly newborn abandonment in New Bedford has greatly saddened the members of Baby Safe Haven New England. Minutes after the story broke plans were put into motion so that a full response to the tragedy would come from our organization. 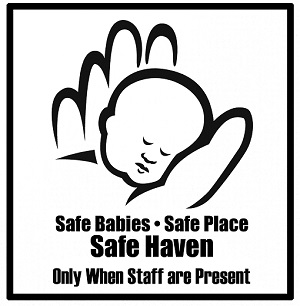 The location is tentatively in Newton, at the Police Headquarters or the Newton Corner Fire Station, which both have Baby Safe Haven signs. The timeframe to look for this press availability will be between 3 and 4 PM. We will contact all media with the exact time and location around noon on Saturday.

Following this press conference Baby Safe Haven New England will renew the radio tour of Renee Marcou, our Baby Safe Haven spokesperson, that has helped us achieve a seven year and three month record of no deadly newborn abandonments. Plans will be made for the tour next week, and the appearances will begin on or around April 22.

Baby Safe Haven New England has also been vocal about the lack of youth involvement in messaging safe haven information across the country. Plans are now to accelerate the addition of many more youth spokesperson/communicators across the country.

January 6, 2014, marked exactly seven years since the last deadly newborn abandonment anywhere in New England. The last deadly abandonment in MA was in Milford on Jan. 6, 2007. This record of newborn safety is an almost exact opposite of the time period when most New England states were passing their Baby Safe Haven laws. In MA alone between May 1, 2000 and October 28, 2004 – while the bill was in the MA Legislature – there were 13 newborn abandonments, 6 were deadly, 4 babies were near death when found, and 3 were surrendered in ways similar to safe haven laws.

New Bedford Police, Massachusetts State Police Detectives assigned to this office and prosecutors are currently investigating the discovery of a deceased newborn baby in The City of New Bedford.

New Bedford Police received a 911 call around 6:30 p.m. this evening from a resident who discovered the remains of the deceased infant outside of a three-story home at 1065 County Street. Police and rescue personnel rushed to the scene, and upon discovery of the deceased infant, contacted this office and state police detectives assigned to this office.

The investigation into this unattended death remains in its early stages at this juncture in time. A representative from the State Medical Examiner’s Office is currently en route to New Bedford to take custody of the baby and will perform an autopsy this weekend.

Investigators are seeking the public’s assistance in locating the mother of the infant, who could possibly be in need of medical attention. If anyone has any information regarding the infant’s identity, the mother’s identity or her whereabouts, they are urged to contact New Bedford Police at 508-991-6300 or leave an anonymous tip at 508-961-4584.

Late this afternoon, a Bristol County Grand Jury returned separate indictments charging both Carlos Ortiz and Ernest Wallace, both of Bristol, Conn., with murder connected to the June, 2013 homicide of Odin Lloyd in North Attleboro. Aaron Hernandez remains in jail without bail and is charged with murdering Lloyd.

Both men will be arraigned on the murder charge in the Fall River Justice Center on a date yet to be scheduled by the court. Once an arraignment date is scheduled, this office will send out a follow up media advisory.

The district attorney’s office will have no comment on the indictments prior to the defendants’ arraignments in open court. 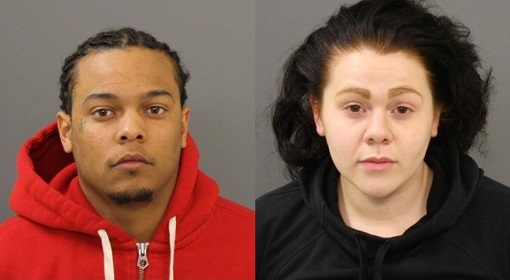 On Thursday evening (4/10/14) at approximately 6pm members of the Organized Crime Intelligence Bureau executed a search warrant at a Nye Street apartment.

The targets of the investigation were taken into custody outside of the home without incident. Once a search commenced, detectives found a loaded .380 caliber handgun inside of a sweatshirt in the bedroom of the occupants. The firearm was loaded with 5 rounds of ammunition. Neither person has a license to carry firearms.