The New Bedford High School Young Alumni Association will host a Spaghetti Dinner Fundraiser on Saturday, April 30, 2016, from 5:00 to 8:00 p.m. in the Keith Middle School cafeteria 225 Hathaway Boulevard, New Bedford, MA 02740 to benefit the mission of the NBHSYAA. Invitations are extended to the greater New Bedford community.

Funds raised will go toward the Association to carry out its mission of providing educational resources to NBHS students in order to prepare them for college and careers after graduation.

To purchase tickets online, please visit www.newbedfordschools.org for a link to the tickets on the NBPS homepage.

Tickets are also available at the main office at New Bedford High School, 230 Hathaway Boulevard, as well as at the Paul Rodrigues Administration Building, 455 County Street, in the Office of Human Capital Services, Room 101.

“The NBHS Young Alumni Association is committed to providing NBHS student with resources that will prepare them for college and life after graduating from high school,” said Justin Braga ’12, a senior at Brown University who co-chairs the NBHSYAA with fellow NBHS alumna and Brown student Melissa Isidor. “We hope to raise enough funds to be able to help subsidize trips to colleges throughout the Northeast, so that NBHS students can be fully aware of the opportunities that they have as graduates of NBHS. We want every NBHS student to believe that they can succeed, and we hope to provide a helping hand to students in their pursuit of accomplishment.”

“The initiative that the Young Alumni Association has taken since the group was founded last year is an incredible accomplishment that we as a school are extremely proud of,” said Headmaster Bernadette Coelho. “This event will be a great benefit to our New Bedford High students who have their sights set on the future, giving them the chance to see colleges firsthand and hear directly from their NBHS predecessors on the opportunities that are available to students after they graduate.”

Superintendent Pia Durkin said, “We hope the school community and the wider New Bedford community will come together to support this excellent effort spearheaded by our own NBHS alumni. It is heartening to see their ambition and desire to give back to their school by working with current students on college and career readiness, and it is a reflection of the deep sense of pride that New Bedford students have.”

Last night at approximately 6:30pm members of the Organized Crime and Intelligence Bureau executed a search warrant at 7 Hazard Court. This was the result of a drug distribution service being operated out of the home. The warrant was obtained by Det. Kevin Barbosa. 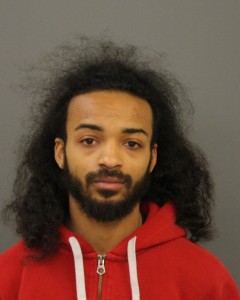 The target of the warrant was taken into custody without incident as he drove away from his residence. As a result of the search, the following was seized;

The subject of the warrant does not possess a license to carry firearms.

Scheduled to be arraigned this morning in New Bedford district court of various firearm and drug charges; Reginald Sadm age 23 of New Bedford. 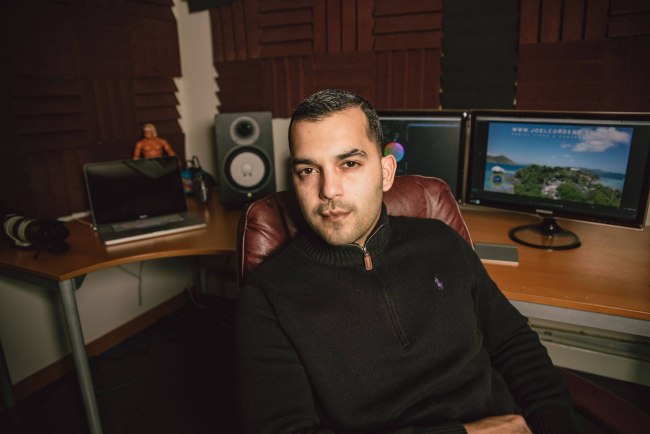 Joel has lived most of his life in New Bedford. After graduating from Bristol Community College with a degree in Graphic Design, he started working with an artist, Thomas Deininger, creating found object assemblages that the duo installed in skyscrapers, hotels and private collections across the country. He worked with Deininger for about eight years before deciding that he wanted to continue his Bachelors Degree.

After experimenting with a few different majors, he settled on photography, which is something he had already been freelancing.

During his time in school, the city of New Bedford highly influenced his direction as an artist and photographer. He worked on his “The Ave” project, which documented the people, places, and events that happen on New Bedford’s Acushnet Avenue. This developed into his senior thesis as a short documentary, a series of large prints and a very-well put together book. Through this project he was able to meet people he’d never met before and create work that he was proud of.

His freelancing really started to pick up in 2014 as he began working with large companies, such as Bluefly, shooting high-end fashion products for e-commerce.
In early 2015, after eight years of managing commercial and residential properties in New Bedford and Fall River, he acquired his MA Real Estate license and began to practice flying UAS (Unmanned Aerial Systems) as a marketing tool and for fun. In February of this year he was awarded his FAA (Federal Aviation Administration) Sec. 333 Exemption for Commercial photography and video.

The day before he passed his realtor’s exam he received a call to inform him he landed a job as a Broadcast Editor at Boston’s Ch7 NBC News. There he edits together stories and openings of the news broadcasts. He is en route to working with reporters as a Videographer on the road. He is excited about his work and knows this is only the beginning to bigger and better opportunities.

Holy Family-Holy Name School is holding the second annual Spring Fling on Saturday, April 23 from 7:30-11:30 at the New Bedford Country Club in Dartmouth. Tickets are $50.00 and include, passed hors d’oeuvres, live music, amazing auction items, 50/50 raffle and mingling with friends and alums of HFHN. Last year’s event was so successful that the proceeds allowed us to expand the HFHN technology center by adding 30 new laptop computers!

For more than 40 years, HFHN has been a special place that has created fond memories, lifelong friendships and a legacy of excellence.  In keeping with those themes, we are inviting all those who have been touched by HFHN in one way or another to help us raise money for this school by joining us at this event. We will reminisce about the HFHN of yesterday and celebrate the innovations of today’s HFHN.  If you need tickets or would like to feature your business as a sponsor, please email us at forwardfundsc@gmail.com or call the school directly at 508-993-3547. You can also purchase tickets online by going to http://www.hfhn.org/spring-fling/

Looking forward to seeing all of you there!

Follow us www.facebook.com/myhfhn for lots of updates, trivia and much more.

A Few Tips for Taking Better Photos of Your Children

Childhood is such a fleeting time and though we think we’ll remember everything about our children’s childhood, the truth is, we won’t. Pictures are the best way to capture moments in time that might otherwise be gone from our memories. Below are some of my favorite tips for capturing some moments in your child’s life.

1.) Zoom in. I see far to many parents just taking photos from a distance. Get in close. Catch that mischievous gleam in your daughter’s eye or that mud all over your son’s face! In 10 years from now, it will long be gone from your memory!

2.) Aim for natural light when possible – flash is very harsh and can cause “red eyes”, especially in children with light colored eyes. If it’s a low light condition, and you must you flash, consider taping a piece of tissue or white tissue paper over your flash to diffuse it.

3.) Take photos from different angles. Don’t always take it from you standing and pointing at your child. Try getting down on their level, getting above them, or even shooting from below their level.

For more tips, sign up for my newsletter and receive my 15 page E-book “5 Tips for Taking Memorable Photos of Your Children”. It gives 5 in depth tips, including tips for taking photos for your phone. Plus, once you’re signed up for my newsletter, you will be among the first to know about specials, model opportunities and all of the fun going on at Miss Z Photography’s downtown studio. 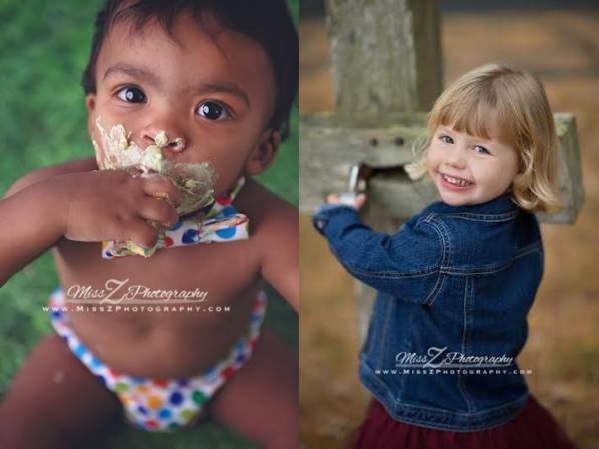 Brooklyn-based Saxman Returns to the Wamsutta Club For YWCA Benefit

Tenor and soprano sax player, composer, and bandleader David Bindman brings his 5 piece band into the Wamsutta Club in downtown New Bedford on Friday night, April 8, at 8 pm. The concert is presented by Whaling City Sound and proceeds benefit the YWCA of Southeastern Mass.

Three fifths of the band have been together for over 30 years, which is longer than most marriages: Bindman, bassist Wes Brown, and drummer/percussionist royal hartigan are the core of Blood, Drum, Spirit, a jazz and world music band that is recognized internationally and has recorded in China.

Rounding out this talented core on this special night are Jen Baker on trombone and Matan Rubinstein on piano. Both are respected instrumentalists and composers on their own, and each performs regularly with a number of ensembles.

Bindman’s compositions were featured on his 2012 2-CD set Sunset Park Polyphony, and the band will be playing some of those songs along with more recent compositions by Bindman and other band members.

The group is in town for a weeklong residency at UMass Dartmouth, where they will engage with and perform for students in a variety of settings, in keeping with the character of their music, which pushes boundaries and encourages an openness to many forms of music. Jazz fans who cherish acoustic music on a world class level, in a comfortable and focused setting, will find this an evening to remember. A limited food menu will be available until 9 pm, as well as a cash bar.

The Wamsutta Club, at 427 County Street, corner of Union Street, in downtown New Bedford, has plenty of on-site, easy-in/easy-out parking and is handicap accessible. 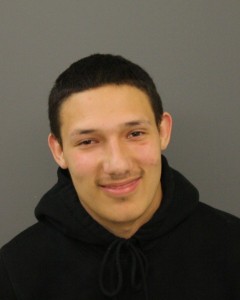 An arrest has been made in the shots fired call that took place this past Wednesday. New Bedford Police Detective William Westgate had obtained a warrant for the suspect.

On Friday night at approximately 10:30pm Officers Thomas Chevalier and Daniel Duclos were on routine patrol on Coggeshall St. when they spotted the suspect seated inside of a restaurant. He was taken into custody without incident and found in possession of a bag of crack cocaine.

Kevin Molina age 18 of New Bedford is facing charges of;

On Wednesday afternoon (March 30th) at approximately 4pm south end units responded to the area of Roosevelt and Ruth Streets regarding shots being fired. Upon arrival it was learned that two males had been involved in an altercation in the street. As the suspect vehicle fled the scene, a black Honda civic, one of the occupants fired a handgun out the window. One round struck a parked vehicle belonging to one of the combatants and three rounds struck a home on the second floor level.

On March 20th during the evening hours a masked male walked into the Burger King on Cove Rd. and robbed the business at knifepoint of an undisclosed amount of money. There were no injuries.

Three nights later, on March 23rd, Zully’s Wine and Spirits located at 1240 Kempton St. was also robbed. A masked male, armed with a crowbar, entered the store and threatened the clerk before fleeing with an undisclosed amount of cash.

Detectives Michael Carrier and William Westgate have connected these robberies and currently have outstanding warrants for the suspect. He is facing two counts of Armed Robbery while masked.

Anyone with information on his whereabouts can leave an anonymous tip at 508-961-4584.