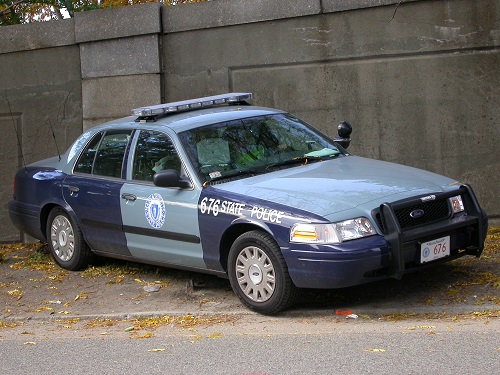 At 6:23 p.m. on May 15, 2015, the State Police Barracks in Yarmouth received a call from a concerned mother. The woman informed Trooper Jeffrey McCarthy that her daughter, a high school student at the Cape Cod Regional Technical High School in Harwich, had called her from the bus she was on. She went on to explain that her daughter would be getting off the bus at the next stop because she felt the bus driver was operating in an unsafe manner. Trooper McCarthy, the desk officer, immediately put the information out to State Police patrols and the Barnstable Police Department. The bus was located by Trooper Seth Peterson in the Burger King Parking Lot on Route 6 westbound. Trooper Peterson stopped the bus, which still contained 5 student passengers, before it could reenter Route 6.

The driver of the bus, 62-year-old EVERETT W. REDMOND JR of Brewster, was arrested at the scene and charged with:

Redmond was transported the to the State Police barracks in Yarmouth for booking. The Barnstable Police assisted in contacting the bus company to make arrangements to transport the 5 remaining children home. Barnstable officers remained at the scene until another bus driver arrived and the children departed the location. Redmond is scheduled to be arraigned at Barnstable District Court on Monday morning at 9 a.m.

Previous Your Theatre Presents “The Obraz”
Next Hit Me With Your Best Shot: Pat Benatar & Neil Giraldo Review