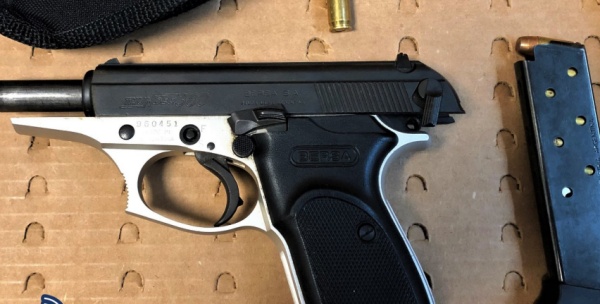 “At about 12:48pm, on Tuesday, May 5, 2020, officers from District C-11 (Dorchester) responded to a call for a fight involving a person in possession of a firearm in the area of 569 Washington Street (Citizens Bank).

On arrival, officers spoke with the victims who stated that they were in line outside the bank when a verbal altercation bubbled up between another customer in line who refused to adhere to the recommended social distancing protocols. When asked to move away, the male suspect refusing to practice social distancing and adhere to the line restrictions, brandished a firearm and pointed it in the direction of the victims. Before police arrived, the male suspect and a female accomplice jumped into a motor vehicle and fled the scene.

After a description of the motor vehicle was broadcast over the police radio, officers were able to observe and stop the suspect’s car in the area of 94 Whitfield Street. Given the presence of a firearm, both suspects were ordered to exit the vehicle. After the occupants were removed from the car, a search of the vehicle enabled officers to see and seize a loaded Bersa .380 semi-automatic firearm (see photo).