Arrest #1: At about 10:25 PM on Friday, June 18,2021, members of the BPD Human Trafficking Unit and officers assigned to the BPD Crimes Against Children Unit in coordination with members of the Arlington Police Department and the FBI Child Exploitation and Human Trafficking Task Force arrested Kayleigh Santos, 32, of Providence, RI, in the area of 811 Massachusetts Avenue in Boston. 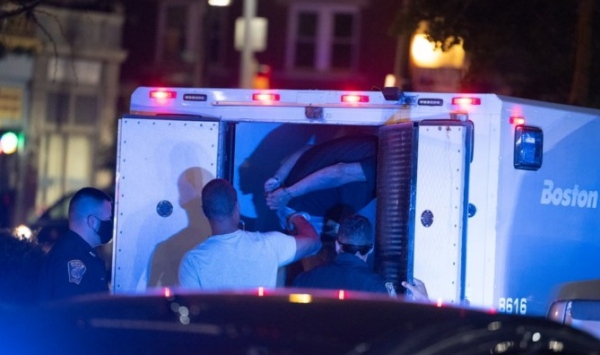 The suspect was placed in custody without incident pursuant to an outstanding straight warrant sought out of East Boston District Court on charges of Human Trafficking and Deriving Support from Prostitution stemming from an ongoing investigation.

During the booking process, officers recovered four plastic bags of powdered heroin as well as a container of unidentified orange pills which will result in additional charges upon arraignment.

Arrest #2: At about 11:28 PM on Friday, June 18,2021, officers located and arrested a second suspect wanted in connection to this investigation, Marquis Campbell, 29, of Hyde Park, in the area of 3699 Washington Street in Jamaica Plain.

The suspect was placed under arrest without incident by virtue of an arrest warrant issued out of Boston Municipal Court on charges of Human Trafficking.