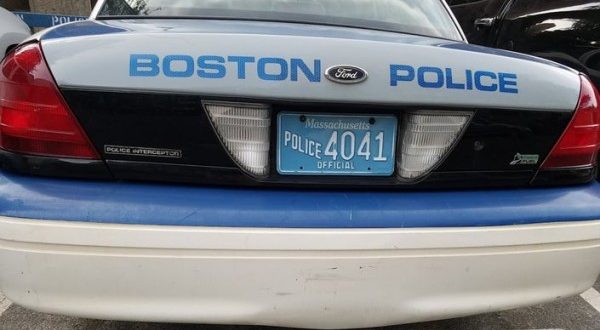 At about 7:41 PM on Thursday, January 16, 2020, officers assigned to District D-14 (Brighton) arrested Daniel Logan, 50, of Brighton, on firearm and assault-related charges after responding to a call for shots fired towards the rear of McKinney Playground located in the area of Keenan Road in Brighton.

The suspect then began to threaten the victim without cause before pulling out a firearm from his jacket pocket. The suspect then chambered a round and fired one shot into the ground near the shortstop position on the baseball diamond. The victim then quickly fled the area on foot and contacted police. Officers later recovered ballistic evidence at the described location.

Additional responding officers soon located the suspect nearby and placed him in custody after he was positively identified. While placing the suspect in custody, officers performed a pat frisk with negative results. Despite the best efforts of responding BPD K-9 Units, no firearm was located or recovered on scene or surrounding areas.

The suspect will appear in Brighton District Court on multiple charges including Assault by Means of a Dangerous Weapon, Discharging a Firearm within 500 Feet of a Dwelling, Carrying a Loaded Firearm and Unlawful Possession of Ammunition.