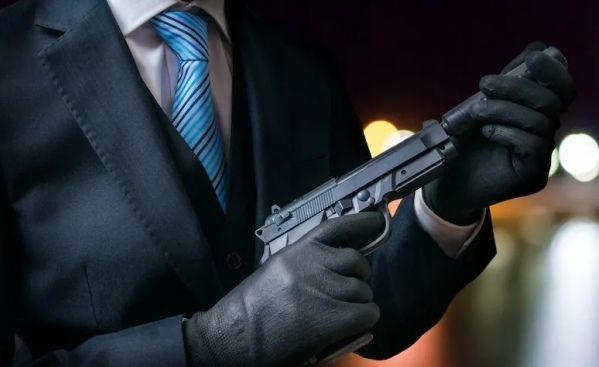 “A Boston man was arrested yesterday and charged in connection with allegedly attempting to hire a contract killer – who was actually an undercover federal agent – to murder his wife and the wife’s boyfriend.

Mohammed Chowdhury, 46, was charged by criminal complaint with one count of murder-for-hire. Following an initial appearance in federal court in Boston yesterday, Chowdhury was detained pending a detention hearing scheduled for Jan. 20, 2023.

According to the charging documents, in November 2022, an individual notified federal law enforcement that Chowdhury was soliciting assistance in having his wife murdered. The individual said that Chowdhury had allegedly paid someone to conduct the murder for hire, but that they took the money and did not follow through with Chowdhury’s request. It is alleged that Chowdhury subsequently told the individual that he needed the murder done as soon as possible and that he would get the money to do so, even robbing a store if necessary to obtain the funds. The individual provided Chowdhury’s phone number to law enforcement, who thereafter used an undercover agent posing as a contract killer to communicate with Chowdhury about his alleged murder for hire plot.

It is alleged that on numerous occasions in December 2022 and January 2023, Chowdhury met with undercover agents posing as the contract killer and their associates, to seek help with killing his wife and her new boyfriend whom she left him for. It is alleged that during these meetings and communications, Chowdhury explained that his wife wouldn’t let him see his children and that he wanted the undercover agents to rob and beat his wife and her boyfriend so that he would not be a suspect. Chowdhury allegedly asked the agents, “So how we gonna disappear his, uh, body?” and stated, “No evidence. No evidence. No evidence from like, you know, that, uh, I did something, you know?” Chowdhury allegedly provided the undercover agents with photographs of his wife and her new boyfriend, where they lived, where they worked and their work schedules. It is alleged that Chowdhury ultimately agreed to pay $4,000 per murder, with a deposit of $500.

Chowdhury met with the undercover agents yesterday morning, allegedly provided the $500 deposit and confirmed that he wanted the murders committed. Chowdhury was then taken into federal custody.

In October 2019, Chowdhury was charged in Boston Municipal Court with violating an Abuse Prevention Order prohibiting him from abusing, contacting, or coming within a certain distance of his wife. Chowdhury pleaded to sufficient facts and received a continuance without a finding.

The charging statute provides for a sentence of up to 10 years in prison, three years of supervised release and a fine of up to $250,000. Sentences are imposed by a federal district court judge based upon the U.S. Sentencing Guidelines and statutes which govern the determination of a sentence in a criminal case.