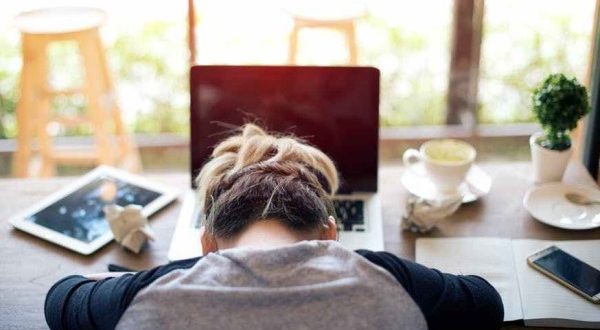 There’s never been a time in American history that education costs have been at the forefront of discussion by the general public. Particularly alarming is that it not only is getting increasingly harder to afford tuition – which often needs to be supplemented with loans – but for those who do manage to meet the expense, they are “rewarded” with long-term debt. Some debt is so monumental that students are paying off their loans far after they graduated and well into their new career. That means a significant portion of their income goes to this debt at a time when they are considering starting a family, owning a home, purchasing a car.

At some point in the nation’s history, perhaps in the 1980s, our education system got derailed and tuition costs were sent into the stratosphere. It was originally affordable for the vast majority of households – even in those households with one “breadwinner,” but eventually needing to apply for grants and loans became a necessary part of the process. In fact, some people wouldn’t even be able to attend college without them. 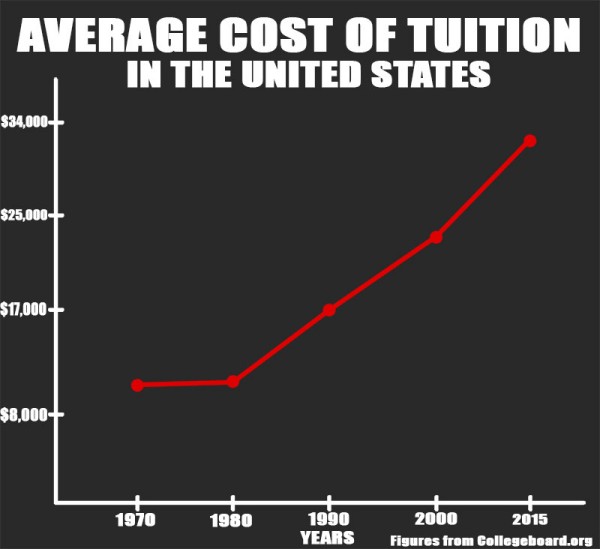 The American dream was poisoned by turning it into a lucrative industry and that ripped the idea of going to college away from many or by having to incur huge debt to do so. The burden was placed on Jane and Joe American because of politicians and administrators who took advantage of a society who deemed it a necessity to succeed. The greed and desire to fill their pockets superseded the happiness and success of the American people.

The politicians who are supposed to serve the best interest of the citizens worked in cahoots with greedy administrators who wanted outrageous salaries. Administrators would funnel money into the accounts of politicians running for office and when those politicians were in office and had any chance to financially benefit universities through government funding or laws they paid back the ‘favor.” One hand washed the other and with their free hands, they alternated lining their pockets and repeatedly stabbed Americans in the back.

These days they play a game of manipulating the public by scaring them with tuition rate hikes and feigning ignorance or using red herrings to avoid taking the blame for these hikes. “We don’t know how to get control of the tuition rates.” “We don’t know what is causing the rate hikes.” “It’s because we don’t get enough assistance from the government that we have to raise the fees.”

Recently UMass announced that the cost of attending their schools was going up. Not just tuition fees but technology fees, student activities fees, and other fees that read like one’s cable and internet bill with all its strange, miscellaneous items. 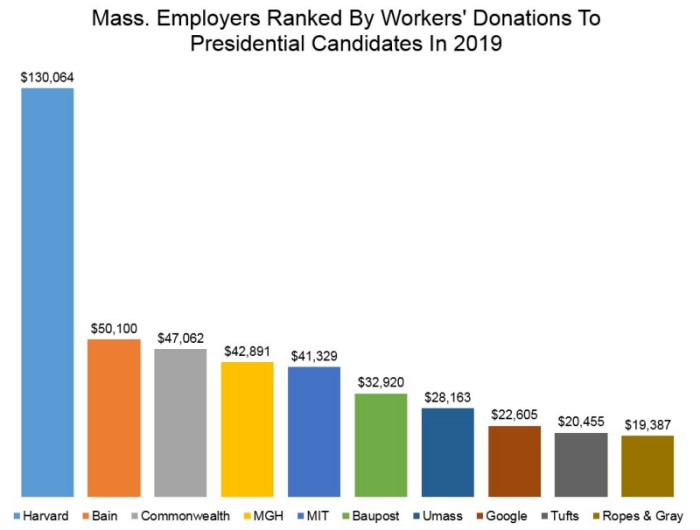 This is in light of the fact that they acknowledge expecting a 0.7% enrollment increase in the coming school year across 5 campuses and UMass trustees already approved of a 2.5% tuition increase and tuition hikes have averaged 3% over the last 10 years.

UMass administrators are mystified about how to keep rising tuition rates from continuing and impacting students. They use vague, fear-inducing language like there are “clouds on the horizon in enrollment and revenue trends.” If enrollment is projected to increase next year and there have been tuition hikes for the past ten years, this “enrollment and revenue trend” the university boards are talking about is manufactured fiction, they aren’t “keeping” the books right, or are mismanaging – intentionally or unintentionally – their budget and spending.

Senate-backed language is calling for a tuition freeze this fall, which UMass said would lead to cuts affecting students. Do you think there is a problem with increasing tuition rates if the Senate has to be involved? If new students are increasing which means revenue for the school will also increase, why does it have to affect the students? Why do they have to be punished? There’s a hole in the reasoning and link of causality.

I’ll tell you why it will affect the students: absurd administrator salaries need to be maintained. 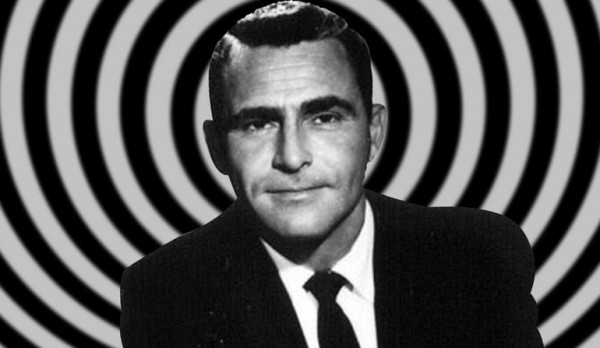 The families and students will welcome the great news: you’re now going to pay more for college! You’re welcome!

Education Secretary James Peyser said “UMass remains a tremendous value.” and that he wanted to make sure the university and his fellow trustees are continuing to focus on efficiency and cost-saving innovation. They can’t be too focused on cost-saving if families going into debt to make it happen, can they?

Tremendous value? Take into account room, board, and mandatory “cable and internet” miscellaneous fees and the average increase for Amherst, Boston, Dartmouth and Lowell campuses is approximately $887 bring the total to $29,058.

What a deal! What tremendous savings!

The absurd response to that is that “We will form an advisory group with the goal of working with the governor and the Legislature to keep tuition flat or below the rate of inflation next year.” Really? How much money will it cost to for an advisory board about…costs? Do they really need an advisory group to figure out that the drain is coming from the salaries?

If you want to keep the tuition rate from rising cull it from the ridiculous salaries and hand the savings to the students. There’s an idea.

The four undergraduate campuses will be increasing their technology fee from $250 to $350, and the Amherst and Boston campuses are raising their student activities fees. In addition, the Boston campus will be doing “some significant belt-tightening as it grapples with a combination of enrollment fluctuations and higher depreciation and interest costs associated with ongoing projects.” I bet the ridiculous salaries won’t be part of the belt-tightening. Punish the students instead, right? 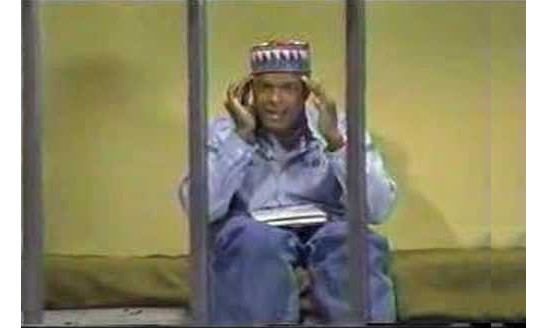 What will you do about high tuition rates? “There will be some significant belt-tightening as we grapple with a combination of enrollment fluctuations and higher depreciation and interest costs associated with ongoing projects.” Riiiiiiiight.

The truth is that instead of paying educators decent salaries and keeping the tuition rates lower and affordable to most Americans the administrators give themselves absolutely appalling salaries. I thought school was about the teachers and students? The administrators made it about themselves.

Let’s take a look at some of these salaries.

In Boston Patch article entitled “Top 100 Highest-Paid Employees In 2018” you can see this bloated salaries. You had better be sitting down because some of them will shock you.

A whopping 95 of the top 100 highest-paid state employees were employed by the University of Massachusetts. Out of the first 50 on the list, 49 were from UMass. Sounds like a crisis right? Poor schools! They better tighten that belt! How will they make it with the increased funding, increased enrollment, increased fees? Oh, the humanity! These poor, poor administrators.

Here are some of the salaries of the administrators:

If they took a small pay-cut, let’s say 10% and gave it back to the school and applied it to lowering tuition rates or giving the teachers a raise it would have a significant effect in those areas. Remember, 95 of the top 100 highest-paid state employees are from UMass. They have so much money they are donating it to presidential campaigns. Imagine what 10% of those salaries would be. In reality, you could cut those salaries in half and they would be living like royalty. The tens of millions of dollars could go to the teachers and students where it belongs. 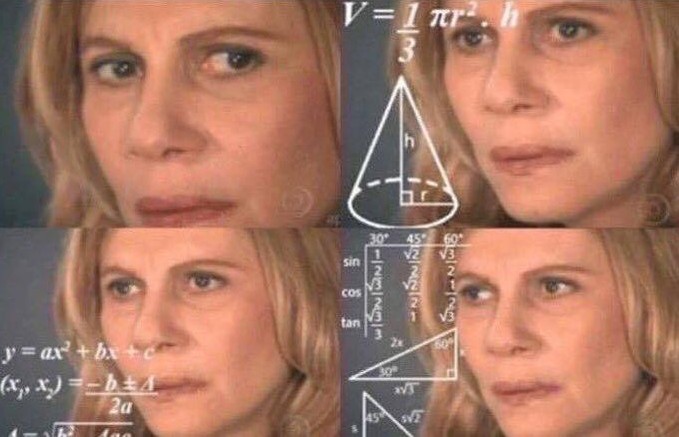 “For the life of us we can’t figure out how to stop intuition rates from rising.” University Administrator who makes between $500,000-$900,000 a year, plus benefits.

Instead, the crisis as it stands is a false one based in misinformation and disinformation to distract the populace from the real crisis: that many teachers are being underpaid and all students and potential students are being driven into long-term debt primarily so these administrators can live on the proverbial high horse.

The rich irony of it all is that a large portion of teachers and students rail out about the 1%ers, the privileged and entitled, corporate gluttony and CEO salaries, et al yet all those things are at a superlative level when it comes to UMass’s administrators.

While there are other mitigating factors, that drive up tuition rates, dorm costs, and all the miscellaneous fees, the lion’s share goes to feed these salaries.

Sadly, there is little we plebeians and bourgeoisie can do against the proletariat and monarchy that is a coupled force of politician and university administrator. They hold the “spice.” To think we can wrench money from their tightly clenched, grubby hands or appeal to their altruism and ask for them to do the right thing is laughable. We’re better off playing the Powerball or Mega Millions.

While there is little to nothing that can be done to make college more affordable for us, we do have other choices: going to a trade school, joining the military, starting a business, getting a real estate license, even going into art, acting or writing.

The greed of university administrators hasn’t only blinded them to the teachers and students, but it has blinded them to the fact that the American landscape is changing. The American Dream that stated: “Go to college, get a job, buy a car, own a home, have 2,5 kids, and live happily ever after.” has faded, dying, maybe even dead already. 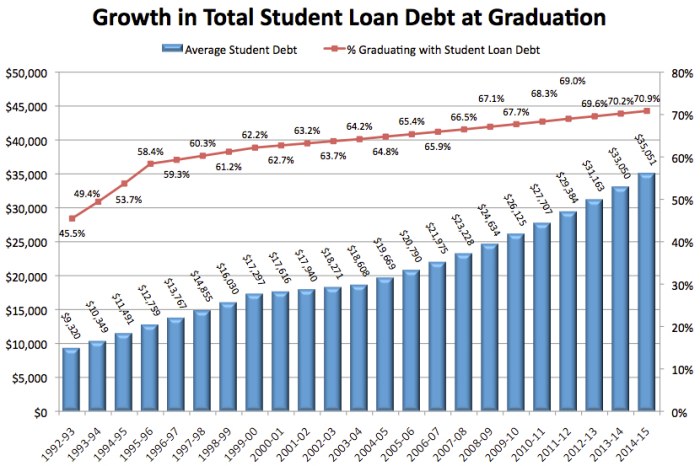 Some are swapping out the idea of joining the rat race, owning a massive home and being in debt for 30 years on top of their school debt and other myriad and sundry debts for a tiny home, tiny mobile home, container home, living off the grid, or “undoing domestication.” The American Dream is or has been redefined towards finding your own way to happiness and that is revolving around a “less is more” philosophy.

What is your quality of life if you are in perpetual debt starting at 18 years of age? Is there a point to working yourself into poor health from stress for decades? We are shortening or ruining our lives by increasing our heart attack, stroke, hypertension, suicide, and depression rates to chase the old American Dream starting right out of high school.

Americans recognized this a long time ago and are checking out of the idea. Schools currently are doing just fine as evidenced by those salaries and enrollment rates, but I suspect that the enrollment rate reflects the yearly population increase and that in the coming years it will fall. This trend is likely seen by administrators and why they manufacture and misdirect a crisis: to maintain their clientele and revenue. For them, it’s not about education for the masses, creating an incentive for educators to join the ranks, or students getting an education but like any business and corporate gluttony it’s about building and maintaining a customer base, profit margin for the “suits” to enjoy, and driving revenue.

When those things are threatened they’ll take action by appealing to their partners in crime, the politicians, and spreading misinformation and fears.

Don’t buy it. Instead, seek out the many alternatives. You don’t need a college education to succeed – that’s a lie. A college education is one of many ways Americans can succeed. More importantly with tuition rates constantly increasing, it becoming harder and harder to afford, and education is now synonymous with being in debt, it is the costliest of all the alternatives when it comes to your physical and mental health and well-being, not to mention your financial health and future.

Schools used to be about teachers and students and now wedged between them are administrators and corporate greed. They have hijacked and poisoned America’s education system which has repercussions as it reverberates through American society.

This has removed the opportunity for many Americans or forced them to seek out alternatives and that’s what you should do: seek out a better way. 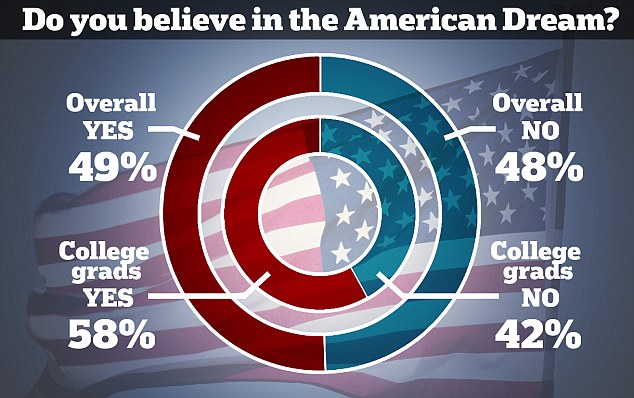