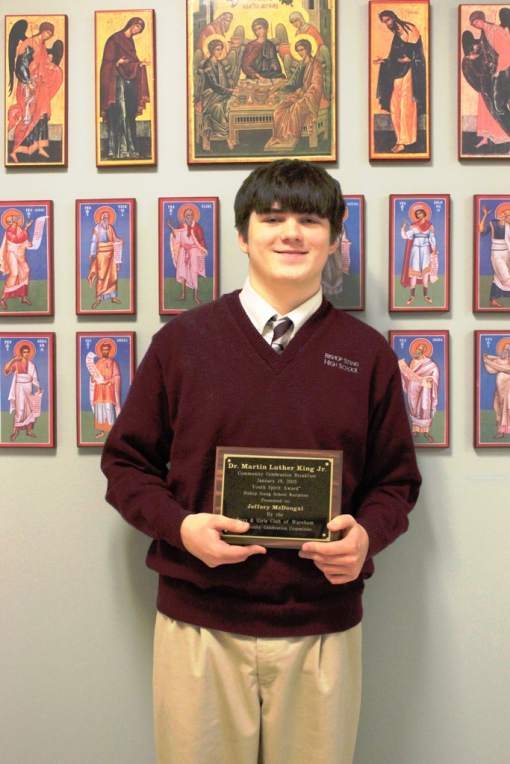 “I was very honored to have been selected by my high school,” said Jeffry McDougal, Bishop Stang freshman and Wareham resident. “I think Dr. Martin Luther King, Jr. is an important role model. People need to be kind to one another and treat others with respect.”

The award was given at the Dr. Martin Luther King, Jr. Day breakfast at the Boys and Girls Club in Wareham. Members from the Wareham School Committee, Selectman and Congressman Bill Keating were in attendance.

Jeffry was applauded for his strong commitment to service and helping others. Last year, Jeffry was named the 2014 student Ambassador for Massachusetts Project 351. He attended a day of service with other students across the State with Governor Patrick at the State House. Jeffry organized and implemented a successful service project called Spring Greening at Wareham Middle School in which over 900 articles of quality new and gently used clothing were collected, sorted and delivered to Cradle to Crayons. Jeffry has received several other awards including a Citizenship Award and the Ad Altare Dei Boy Scouts of America Roman Catholic Religious Award. Jeffry is very active in his parish. He was been an alter server since 2008. In addition, Jeffry is an active Boy Scout who has participated in scouting for food collection drives to benefit St. Vincent de Paul food pantry in Wareham. He also has completed a confirmation service project, a car wash, to raise funds for St. Patrick’s Parish Nights of Hospitality Homeless Project. 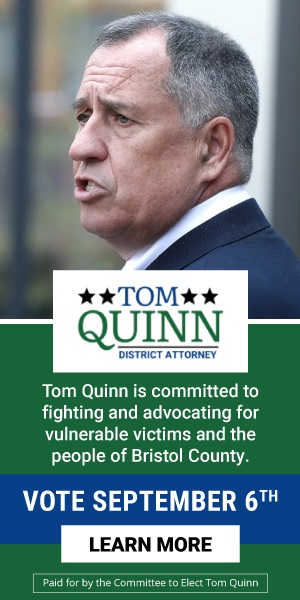