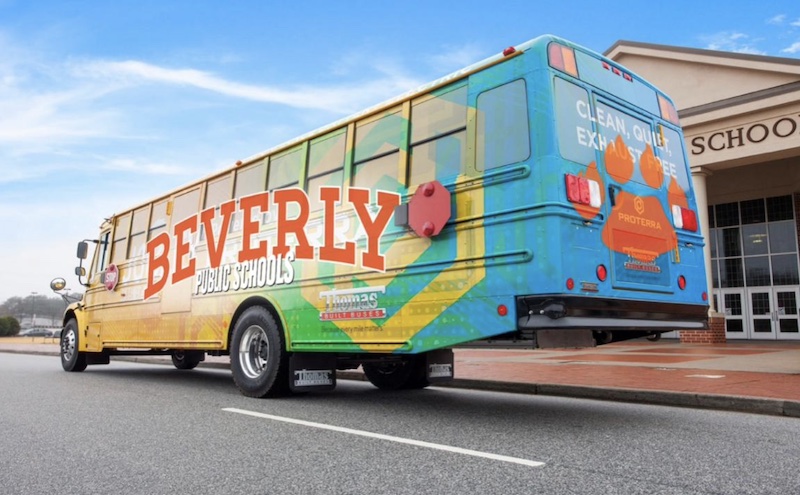 According to Beverly Patch, the launch is part of a pilot program studying the feasibility of switching to electric battery buses across the state. The city plans to eventually transition all 27 of its school buses from diesel power to electric, which produces zero emissions, is less expensive to maintain and will likely result in savings on fuel costs.

Patch reports that the new bus, which is being leased from Highland Electric Transportation of Hamilton, is also equipped with wi-fi and an updated ventilation system. The city expects to receive its second bus through the pilot program next year.