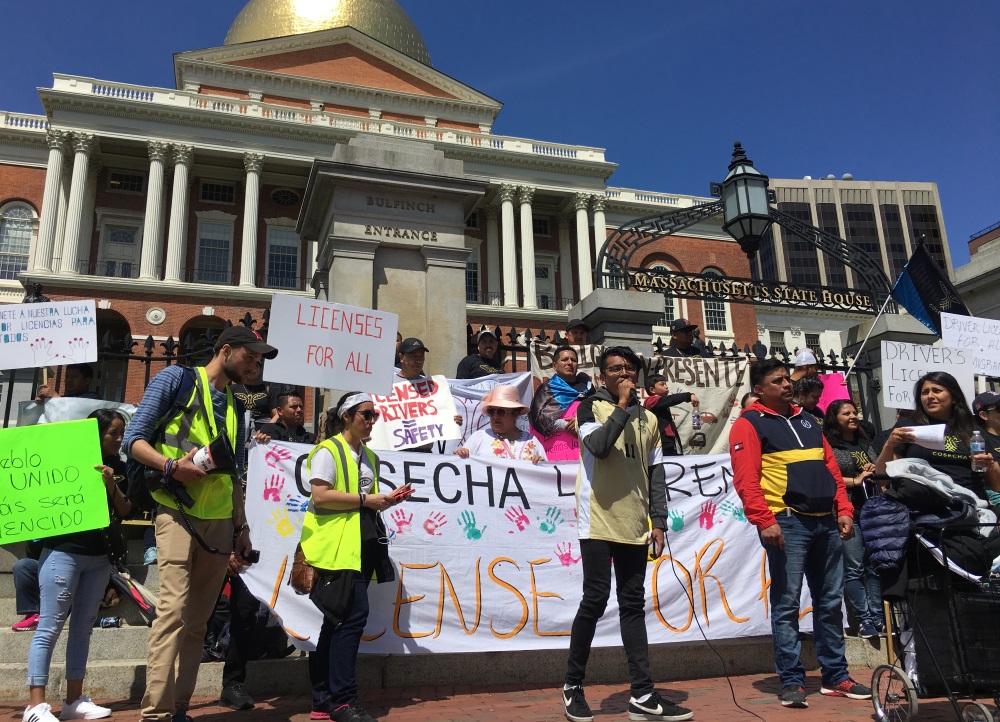 As he waits to see how the Senate will respond to legislation that would allow immigrants unable to prove lawful residence in Massachusetts to obtain drivers’ licenses, Gov. Charlie Baker voiced his concern Thursday that the House-passed bill did not adequately protect against someone unlawfully registering to vote.

The House last month passed a bill that would allow so-called undocumented immigrants to apply for a driver’s license if they can produce certain papers proving their identity and residence in Massachusetts, such as a foreign passport.

“This license we’re talking about is not a privilege-to-drive card, which is what they have in a bunch of other states. It looks exactly like a Massachusetts driver’s license. You can’t tell the difference between this and a regular one,” Baker said during an hour-long appearance on GBH’s Boston Public Radio.

Baker has opposed the concept, but said Thursday he did not want to comment on legislation that not yet been finalized. The governor did say he was disappointed the House voted down (31-125) a Minority Leader Brad Jones amendment that would have required the Registry of Motor Vehicles to share information with municipal clerks looking to verify a license holders’ eligibility to vote.

“That bothered me a lot,” Baker said. “I really think this is an issue we have to make clear. Driver’s license is one thing. The right to vote is something else.”

The House added language to its final bill to clarify that a license or learner’s permit applicant who does not provide proof of lawful presence will not be not automatically registered to vote under the state’s automatic voter-registration law. But Baker suggested he does not think this goes far enough.

“We got to create a process that somehow separates people who are citizens from people who aren’t who are applying for this driver’s license,” Baker said.

Senate President Karen Spilka supports giving licenses to undocumented immigrants, but said Sen. Brendan Creighton is still taking the temperature of senators on the issue and she hopes to bring it up for a vote “within the coming weeks.”

“I don’t know exactly how many weeks, if it’s going to be several or a few or whatever, but hoping to bring it to the floor,” Spilka said.

The House passed the bill by a veto-proof majority.