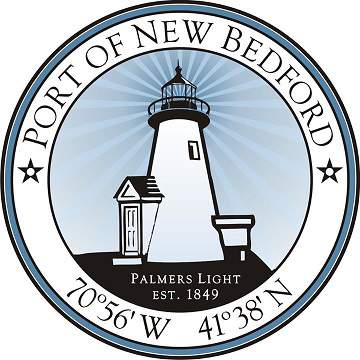 The Port of New Bedford won the Award of Excellence (the highest level) for its website in a competition among the leading port authorities in the Western Hemisphere. The American Association of Port Authorities (AAPA), the industry’s trade association, runs the contest and enlists 36 public relations professionals to judge the hundreds of entries in 15 classifications including advertisements, newsletters, videos and websites.

“If you’ve spent any time in the Port of New Bedford, you can appreciate why the Port’s website came out on top. New Bedford’s waterfront is a very special place that is masterfully captured on the website,” said Mayor Jon Mitchell. “With some of the world’s finest fishermen and the most successful fleet in the nation, we can’t help but stand out. Add to that mariners of all stripes from the merchant marine to recreational sail and power boaters, and you have a very compelling story,” he said. “We are also proud that the website features the world’s largest whaling museum and our unique national historic park; the designers didn’t miss a beat in ensuring every element of our Port is represented,” said the Mayor.

The award represents the second time in recent weeks that the Port has received recognition. TV show New England Boating will be re-airing its episode featuring New Bedford as a prime recreational boating destination this Thursday, August 22nd at 7pm.

“I spent hours on the Port’s website before I was hired as the Port’s Executive Director, so I knew we had a content-rich and easy to navigate site – especially compared to other Ports,” said Jeffrey Stieb, Executive Director of the Port of New Bedford. “We think it showcases all the different aspects of the Port and speaks to all our audiences: Recreational boaters, commercial fishermen, cruise directors and the import/export industry, etc.. The web design and marketing team we use is from the SouthCoast and are very invested in the City’s success so this is a win for them as well,” he added.

The City and the HDC thank the web design and marketing team for their superb work and dedication – Design Principles, Inc. and Michel Cullum Associates, Inc.

Served 20 years in the United States Air Force. Owner of New Bedford Guide.
@NewBedfordGuide
Previous I Went Down to the Crossroads
Next City of New Bedford to be showcased on two TV Shows