9 Phases of Getting Laid Off

One minute I’m wearing the badge of full-time employment and a snazzy job title with the reassurance that those direct deposit checks will show up in my bank account every other Friday. Next, the dreaded news comes. For me, it happened midway through writing an article. Then I realized I didn’t have to finish it – and there I was, an unfinished story. And my resume suddenly needed updating.

Being unemployed in the South Coast ain’t easy. The job market is tough. We are living in New England, after all, not the warm south where the economy is booming. Even some of the area’s largest employers are slashing their ranks. Many folks have to cast their nets as far as Providence or Boston to find employment that will pay the bills.

My take on the journey of getting laid off:

Epilogue: After a couple of months I did manage to find a job! But I still feel solidarity with those who have gotten laid off. Remember: At the end of the day, you are still you and you are still awesome.

Get a newspaper subscription: Support democracy, journalism and be interesting! 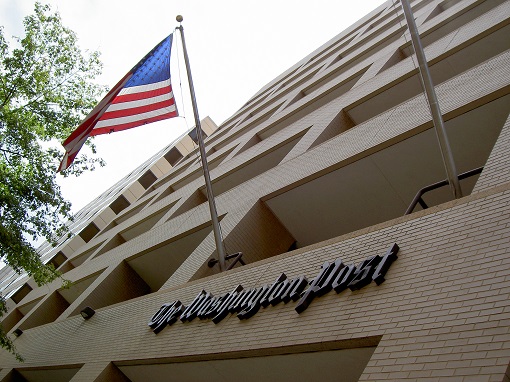 We need another slogan—but scaled nationally. Since that came out, subscriptions are falling, newspapers are shuttering, and too many of us take for granted the information and data we get from newspapers, and how this informs our everyday lives.

This is my call to the American Newspaper Association: Hire the best damn marketing gurus in the country and launch a campaign for people to actually invest in newspapers.

Tree-hugger? Get it digitally. More interested in international news and national trends? Invest in a Sunday subscription of the New York Times. Love investigative journalism? Put your money into institutions that support it.

I’m sick and tired of hearing that the Internet killed journalism. The internet is a vehicle — still someone needs to go out and report and write the news. Haven’t you noticed that news wires just basically repeat the same stories over and over again? There may be more of it out there, but less original news content.

And yes, there is the chorus of everyday people writing blogs, and a proliferation of hyper local online communities. These are great and serve as a wonderful platform for community engagement. But will these online hubs bring about the Watergate scandal, whistleblower Edward Snowden’s National Security Agency revelations, or otherwise bring to light hidden truths in an unbiased manner? No, in my humble opinion.

More and more rooms of our fourth estate are getting rented out by corporate interests. I’m fine with advertising, but at the end of the day, it should be owned by the public. I won’t digress into a debate on the merits of public funding of media (But I do believe this is why NPR, PBS and BBC produce some fine journalism), but support journalism and then the news is truly for the people.

Journalism schools are withering away. A few years ago the University of Colorado, in my hometown of Boulder, shuttered its formal journalism program. But it’s no surprise why.

Journalists can’t find work so they end up migrating away to marketing and public relations. And even if you can find a job, expect to get paid in the low $30,000s, or $35,000 with a Masters degree. Some weekly newspapers pay their reporters a pathetic $26,000, so they are probably eligible for food stamps. Imagine all the talent we are losing, all the stories we aren’t reading, and all the insights lost just because of the inevitable brain drain. Newspapers need a budget, and that is where you come in. It costs $10 per month for an online subscription for many papers, is that really so much to ask for?

Information is power. So do the American thing and support a newspaper—digital, local, national, whatever. Democracy needs you to support the fourth estate. And like the Washington Post said in the 1990s, “If you don’t get it, you don’t get it.” And in the end, we all get what we pay for.

11 Things I Didn’t Know Until I Moved Here

There’s plenty of reminiscing about old South Coast hangouts, from Lincoln Park to the Bijou Theater to legendary jazz clubs in Onset. As a transplant, the best I can do is pretend I get it. While I can’t relive its good ‘ole days, I’d like to think I pick up on local nuances just because I’m not originally from around here.

Here is my list of 11 quintessential local traits that I was clueless about until I moved here seven years ago and counting (Putting whaling and all that jazz aside):

1.”Wicked” as an Adjective Equivalent to “Very”: Don’t roll your eyes. Yes, I had heard it in movies set in Boston and a certain New Kids on the Block SNL skit and Car Talk on NPR. But from a live human being as a regular part of conversation? Nope. I still do a double take when my kids inject that in a conversation.

2. Quahogs and the New England Clam Bake: Never knew about quahogs and the art of dredging them from the seafloor. (It was more fun than I expected when I actually got to do it). Had the sad distinction of misspelling the word “Co-Hog” in a weekly newspaper article. Yep: Most. Embarrassing. Moment. Ever. As for clam bakes? Haven’t mustered the courage to try them yet (Disclaimer: I’m from a landlocked state).

3. Enunciation, Pronouncing Local Words: People didn’t know what the hell I was talking about when I asked about rentals in “FAIR-haven” and not “fair-HAVEN”. And why do people pronounce Coggeshall with a Z sound? It took me two years to pronounce Acushnet right–not to mention Mattapoisett, which at first I pronounced in a deranged French way. Oh, and I didn’t realize they rent places without major appliances like stoves and refrigerators until I moved in–Oops!

4. Portuguese Influence: I had no clue about this Portuguese enclave. Never heard of Linguica or Chourico. Never had fresh fig until my Portuguese landlord gave me one from his backyard tree, which he insulated well enough that it survived the winter.

5. “You’re Welcome” as One Word: It’s oddly delightful, the sing-songy “Yo-Welcom” I hear from clerks and the like.

6. Annual Town Meeting: I honestly hardly knew who the Board of Selectmen were when I first got here, and the annual town meeting felt like a portal to the 17th century. I’ll never forget the resounding “Aye!” booming from hundreds of people at the town meeting. Democracy at its best!

7. A Place Where Being Anonymous Ain’t Gonna Happen: I remember freaking out when I ran into my neighbor working as a pharmacist within a week of arriving. Once when walking to an interview in Onset, TWO cars pulled up and asked who I was looking for. Apparently it was obvious I didn’t belong there. When I finally told one woman, she said, “Oh, that’s my nephew!”–true story. Also, it’s impossible going out for an extended period of time without seeing a familiar face.

8. Cranberry Bogs: Aside from a vague memory of seeing a photo of one, I knew nothing about cranberry bogs. And before you call me ignorant, I’ve had several out-of-town guests who have confessed the same thing. But nothing like devouring a fresh cranberry during harvest season.

9. Massholes?: Say whatever you want about crime and gangs in New Bedford, for the most part people in the area are genuinely nice and willing to help you out. I remember a small army of neighbors assisting me when I locked myself out of the house. There is a chivalrous nature in the men around here.

10. The Fishing Industry: When I first moved here I supplemented my income working the overnight shift at a hotel. Yes, I was on the job when Justin Timberlake and Jessica Biel descended on Fairhaven for a day. I cannot count how many drunk fisherman I met returning from weeks-long stints out at sea who talked about their broken families in the wee hours of the morning. And I also didn’t know that Guatemalan immigrants, many of them previously farmers, generally work the markets at this major U.S. fishing port.

11. NonTransient, But With a Twist: I’ve profiled dozens of local independent businesses as a freelancer, and I can’t tell you how many owners grew up here, lived somewhere else–then returned. “I always knew I wanted to come back” is a common line. And while plenty of folks here never move away (just read the obits, or notice that the road signs, cemetery headstones and phone book are filled with the same names), so many people leave for years then eventually return home, The Alchemist-style. That’s special.