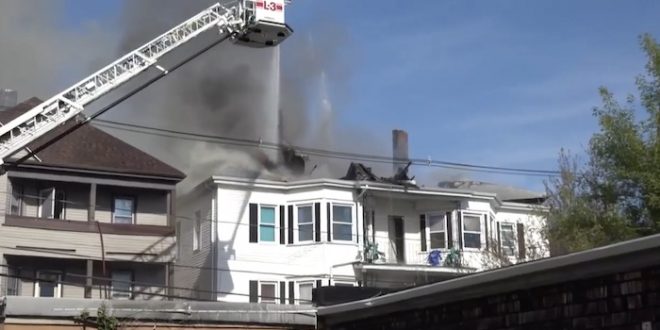 Statement from the New Bedford Fire Department regarding the fire cause determination of the 235 Ashley Boulevard and 317 North Front Street structure Fires:

At 0038 hrs on Wednesday, May 20, the New Bedford Fire Department responded to a structure fire at 235 Ashley Boulevard. The fire was observed in a first-floor apartment along with reports of a female occupant trapped inside. Crews from Engine 7 and Engine 9 made entry and were able to rescue her within five minutes of arriving on the scene. She was resuscitated by NBEMS Paramedics prior to arrival at St. Luke’s Emergency Department and then transferred to Rhode Island Hospital.

The cause of this fire is the careless use of smoking materials. The investigation was conducted by the New Bedford Fire Department Investigation Unit, NBPD Detectives, State Fire Marshal’s Office, and MA State Police.

At 0754 hrs, the New Bedford Fire Department responded to the intersection of North Front and Tallman Streets for a reported structure fire. The fire had well involved 317 North Front Street and had also extended into the neighboring structures at 311 North Street as well as 50 Tallman Street. The fire reached three alarms and was fought by approximately sixty firefighters. Mutual aid from surrounding towns and additional off duty members provided station coverage for the City while the on-duty shift was committed to this fire. Crews did an excellent job of protecting the exposure buildings as well as extinguishing the well-involved fire at 317 North Front Street.