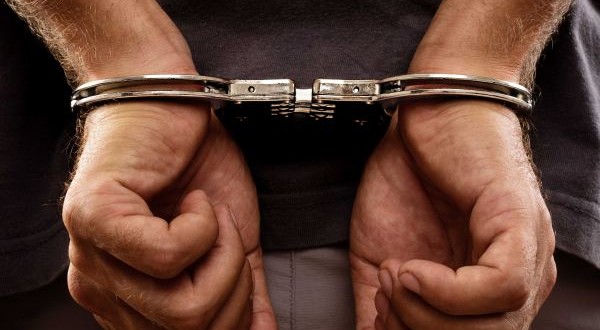 Arrest Made for Wednesday Homicide of Angel Camacho; Arraignment Today

An arrest has been made in connection to the Wednesday morning homicide of Angel Camacho in New Bedford.

Massachusetts State Police Detectives assigned to the Hampden County District attorney’s office, along with member of the state police unit assigned to this office, arrested David J. Antonetty, 20, of New Bedford, on a charge of murder. Mr. Antonetty was arrested without incident in Springfield by a team of state troopers led by Captain Christopher Wilcox of the Hampden County District attorney’s State Police Unit.

Mr. Antonetty is being transported back to the SouthCoast and will be arraigned sometime today in New Bedford District Court on the murder charge.

The arraignment will be handled by Assistant District Attorney Michael Cahillane, who coordinated the rapid investigation to the slaying.

District Attorney Thomas M. Quinn III and New Bedford Police Chief Joseph Cordeiro would like to thank the state police unit in Hampden County for their cooperation, professionalism and quick assistance in this case.

New Bedford Police received a 911 call Wednesday morning around 6:30 a.m. in regards to a potential drug overdose outside of 45 Tallman Street. However, when police and rescue personnel arrived on scene, they found the victim was suffering from multiple stab wounds.

The victim, 47-year-old Angel Camacho, was rushed to Saint Luke’s Hospital in New Bedford, where he was pronounced dead later in the morning.

No further information on the case can be released at this time.

Previous HELP WANTED: Buttonwood Park Zoo is hiring for a Zoo Caretaker position
Next OPINION: New Bedford woman shares perspective on being given up for adoption