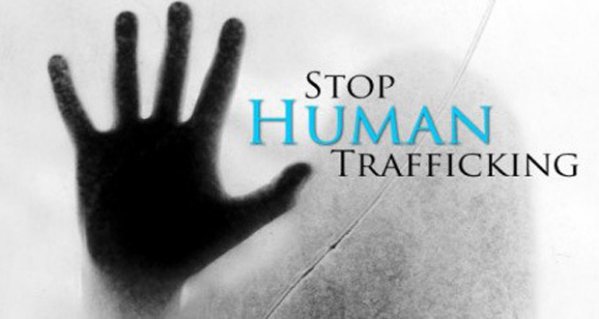 Human trafficking is a vicious crime and modern day version of slavery that has little understanding amongst the general public both locally and globally. Many victims are vulnerable women or children with very few financial resources lured into trafficking with false promises of economic opportunity and prosperity.

Victims are forced into the commercial sex trade or involuntary labor services, fearing that they will suffer serious penalties to themselves or their families if they resist. Meanwhile traffickers recoup billions of dollars in profits, making human trafficking the second-largest and fastest growing black market in the world. The epidemic is prevalent throughout the United States, infiltrating communities across Massachusetts.

“The horrendous crime of human trafficking is a form of modern day slavery that affects mostly women and children. This bill strengthens the human trafficking law that the legislature passed in 2011 by closing a loophole in the law and offering more tools to help the victims of human trafficking,” said Senate President Stan Rosenberg (D-Amherst). “I thank Senator Montigny for his work and advocacy on this important piece of legislation.”

“Human trafficking is an atrocious crime that inflicts an incomprehensible level of brutality and suffering upon victims. Today, the Senate has clearly stood with humanity and the rights of survivors by advancing legislation that will further prevent, prosecute, and protect against human trafficking offenses. We will continue to advocate for victims and seek justice against perpetrators responsible for these despicable acts,” said Senator Montigny, the original author of the state’s first anti-human trafficking legislation and lead sponsor of S2444.

After six years of fighting to pass a bill criminalizing human trafficking, Senator Montigny was successful in 2011 when the legislature passed the state’s first anti-human trafficking law. That legislation criminalized human trafficking for commercial and sexual exploitation of people, including severe punishments ranging from 5 years to life imprisonment. It also provided survivors with an affirmative defense to any potential prostitution charge as a result of being trafficked. Survivors further gained a civil remedy and access to the Victims of Human Trafficking Trust Fund

S.2444 provides a significant update to strengthen this law by adopting several measures. First, the legislation will close the so-called bodyworks loophole that allows persons practicing “bodywork therapy” an exemption from the massage therapy licensing requirements. This lack of regulatory oversight has generated a pathway for traffickers to establish operations in communities throughout the Commonwealth while maintaining a public façade that insinuates a legitimate business. The Senate bill addresses the problem by establishing a statewide board of bodywork therapy that will provide oversight of bodywork establishments and require individual licensure for practitioners.

The legislation also includes significant tools for victims to help restore their lives. The timeframe to file a civil suit against a trafficker is extended from a mere 3 years to 10 years. Victims will also have access to expanded affirmative defenses to criminal charges related to sex crimes, and will have the ability to petition the court to vacate a prior conviction for any offense not a felony committed as a result of being a human trafficking victim. Upon a vacated conviction, victims can further seek to have their record sealed by in order to help aid the victim in obtaining housing, employment and other vital measures needed to live a healthy quality of life.

Under Montigny’s bill, the Executive Office of Health and Human Services is also directed to report to the legislature the current adequacy and limitations on current victim services dealing with safety, support, housing, health and education. The report must also identify the number of beds and victims served at safe house facilities throughout the state.

Final provisions in the bill include enhanced data collection to better track human trafficking crimes and identify any patterns or characteristics useful to law enforcement for investigations, arrests and prosecutions. Mandatory training for law enforcement, health professionals, and K-12 educators is also implemented to help personnel identify victims and trafficking offenses. Finally, a public awareness campaign will be developed and awareness signs shall be posted in high-risk locations such as adult entertainment facilities and foreign cash transfers.