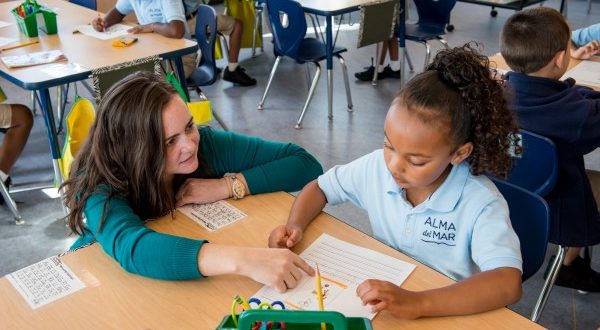 Alma del Mar has purchased four acres of land in the Far North End of New Bedford as part of its plan to serve more than 1,000 children within the next four years at two campuses in the city. Alma purchased the land for $680,000, all of which were charitable contributions. This deal involves the purchase, and eventual demolition, of a home at 739 Church Street in order to create the primary egress for the new school campus.

Alma was recently awarded an additional 594 seats for a second campus in New Bedford. This second campus opened in August 2019 to 200 children in K-2 and 6th grade at its temporary location, Our Lady of the Immaculate Conception’s former school building.

Alma is still in the pre-development phase for a new school building to be the future home of the Frederick Douglass Campus and its eventual 594 scholar enrollment. Compass Project Management, the firm that led on the school’s successful construction project in 2015-2016, will also lead on this project. Following an extensive process with the state’s Designer Selection Board, Arrowstreet has been selected to lead on the architectural design of Alma’s new campus.

In 2016, Alma successfully completed the construction of a similar project — a 43,000 square foot school building at 515 Belleville Avenue in the Near North End. That facility, now the Sarah D. Ottiwell Campus, allowed for Alma to grow out to its full gradespan of Kindergarten through 8th grade, with 450 scholars enrolled. That public construction project was completed on time, under budget, and brought $12 million in New Market Tax Credits to New Bedford.

About Alma del Mar Charter Schools:
Alma del Mar Charter Schools operates two charter public schools in New Bedford. The schools are tuition-free. Alma’s mission is to put every one of our scholars on the path to college and to challenge them to be service-minded leaders. We achieve this mission by providing a demanding and supportive education to every scholar who walks through our doors. Alma features a longer school day, a longer school year, high expectations for all scholars, and outstanding teachers from across the country. We currently serve 650 scholars across two campuses.