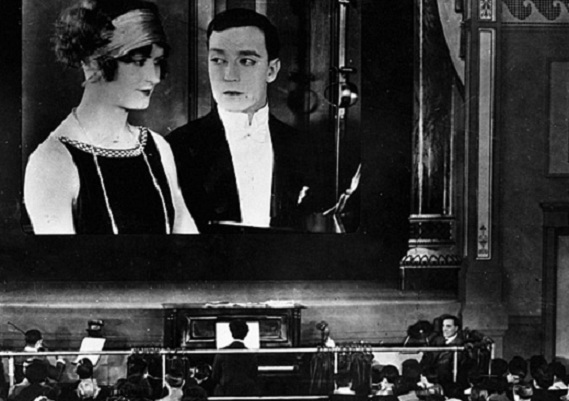 New Bedford had a rich history in theater that went as far back as the 1820s. The theatrical world during the 19th century revolved around melodrama and romanticism and since New Bedford was growing economically and in population, it was natural that people would need to be entertained. Before television and radio – and outside oral history – the sole form of entertainment came from theater.

Originally public entertainment took place in taverns and lyceum. The first official mention of a theatrical event in New Bedford was at a venue called “Cole’s Tavern” in January 17, 1824. This event was executed by a company of black theatrical actors that had a stay of about a week and featured German playwright August von Kotzebue’s play called “Pizarro.” Pizarro was a 2 hour and 40 minute tragedy that was saucy enough to garner the ire of conservative Quakers, holy rollers and local selectmen. Enough so that after 10 days, the selectmen threatened them with prosecution if they didn’t leave.

Also that year was a newly formed Mozart Society that performed with some regularity at “Reverend Dewey’s Meeting House” that was on the northwest corner of Purchase & William streets. This is where Baycoast Bank is today, across the street from No Problemo. Considered far less risque, this group was allowed to rehearse for these shows at the town hall.

In spite of resistance from religious and political quarters, people wanted…demanded to be entertained and they would pay for it. Where there is money, there is someone willing to flaunt the powers that be. A number of sites were venues for many forms of entertainment throughout the 19th century. A circus owned by a Mr. Hians existed on Elm and County was being fought tooth and nail by the Quakers and local government. This site eventually became the “Lion Theater” which showcased some Shakespeare – Othello and Richard III by Hough’s Temperance Company – and a play called “Castle Spectre.” When the theater went to renew their license in March of 1837, city officials stalled for ten days forcing the theater to close their doors. The presence and power of the conservative Quakers in that day was pretty mighty.

Reverend Dewey’s meeting house became the Congregational and Unitarian Church, before being vacated and becoming the very popular Liberty Hall in 1837. This venue, the site of many shows burned down in 1864 and was rebuilt as the “new” liberty hall and was the destination for theater, concerts, lectures and more. While a fellow named I.P. Adams was granted a license for concerts and narrations at a venue called Mechanic’s Hall on September 1, later that month the city had a meeting about further licenses being granted. Clearly things were getting out of control and granting licenses for people to have theater licenses willy-nilly was a bit too much. New Bedford’s citizens voted 12-566 against any more theatrical licenses. This illustrates how prevalent and powerful religious thought was in that day. Either New Bedford’s citizens were secretly visiting these venues because it would shame their family or much of the revenue generated at the events were from infidel and heathen out-of-towners. The likely story is that a bit of both was true.

By 1881, the religiously conservative’s grip on the local government began to loosen. Charles W. Clifford, who was a trustee of the Grace Church Society remodeled the church on Union Street into a Grand Opera House and on March 28, 1882, the Union Square Theater Company gave their first entertainment performance there. In 1897, Lupo’s Restaurant opened at 363 Acushnet Avenue (and William) in what would turn out to have a domino effect. Acushnet Avenue would become a sort of “Mecca” for theater and dozens would open up here over the course of the coming decades. Lupo’s became a people’s favorite spot for not only “grub” but live music for over a century. This spot which was razed in 2004 as part of a plan to build residential units sits empty today. It is still a sort of prime destination spot, albeit in a different way: it is a very popular spot for pub crawlers to urinate. Pissing right on 130 years of history.

When Joe isn't writing, he's coaching people to punch each other in the face. He enjoys ancient cultures, dead and living languages, cooking, benching 999#s, and saving the elderly, babies and puppies from burning buildings. While he enjoys long walks on the beach, he will not be your alarm clock, because he's no ding-a-ling.
Previous Historical Personages of New Bedford: Dudley Davenport
Next Working Waterfront Festival Celebrates 10th Anniversary with 2 FREE Events!