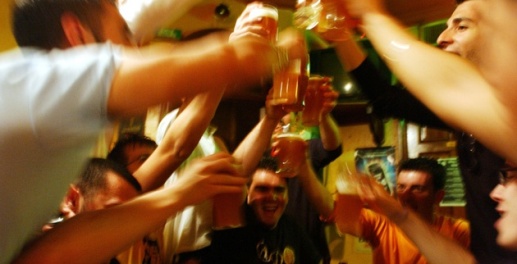 Mayor Jon Mitchell has formally requested that the New Bedford City Council vote to support a Home Rule Petition to expand the number of liquor licenses in the City of New Bedford in an effort to promote economic revitalization and encourage new investment citywide. The new law would provide New Bedford with 25 additional alcohol licenses and would encourage economic development and private investment in the downtown, north end and other areas of the city.

“I have worked closely with Senator Mark Montigny, State Representative Antonio F.D. Cabral, Council President Lopes, and other members of the City’s legislative delegation and City Council in crafting the language of this Act, and I look forward to working with the Council to advance this critical measure,” said Mayor Mitchell.

In Massachusetts, a Prohibition-era law caps the number of liquor licenses cities and towns can legally issue. The cap is scaled to each municipality’s population. Though the Licensing Board and Economic Development Office receive frequent requests from entrepreneurs, no liquor licenses are currently available through the City of New Bedford.

“The present lack of available liquor licenses has been a complicating factor for restaurants and similar establishments that are drawn to the burgeoning cultural and entertainment scene in the downtown, the north end and other areas of the city. Insufficient supply has driven up the price of licenses and created a serious barrier to entry. In addition, start-up restaurants, by their nature face competitive challenges so it is particularly important for them to be able to count on alcohol sales which constitute a significant portion of their revenue. Without liquor licenses, these start-up restaurants too often struggle to stay afloat,” said Mayor Jon Mitchell.

“The addition of these twenty-five liquor licenses across the entire city of New Bedford, is a prime example of our State Legislators, the Mayor, and the New Bedford City Council working together for the betterment of our existing restaurant owners and entrepreneurs who want to continually meet the needs and wants of their customers,” City Council President Joseph P. Lopes said of the effort.

Recent planning and business studies all support the creation of additional liquor licenses as an important economic development tool that will help New Bedford grow its economic base and spur further investment in the city.

Provided the measure receives the requisite City Council support, the petition will be filed with the House of Representatives for its approval and must also pass in the Senate.

Senator Mark Montigny, who has long led efforts to secure state funding for Downtown initiatives such as the Star Store Building, Route 18, and the Zeiterion Performing Arts Center, stated, “The securing of additional liquor licenses for new full service restaurants in the Downtown and other revitalization areas will enhance our dynamic arts and cultural districts and further stimulate economic growth in them.”

“I will work with the City as it seeks additional licenses as a way of encouraging new businesses to locate in New Bedford,” said Rep. Antonio Cabral. “Creating new jobs across every neighborhood remains critical to our City’s success.”