The tales of how bad this city is could wallpaper a cathedral, but yarns like this one go largely unheard and therefore, as such, need to be told.

A man does what he can, when he can, with what he has.

He works his job(s), puts his time in, and does things he has to that no one can even conceive of in some very private moments.

He dances around stability, sanity, generousity and civility, but he does it because a man provides for his family- even when called down by said “family” and supposed “friends”.

But he plods on.

Being the best and only thing he can, regardless of the selfish chatter the ones he sacrifices for continue to bathe in.
So he works.

He works and earns.
Earns and pays.
Pays and fails.
Fails and pays.

And then comes a night the man is contracted to, once again, transport others for a fee. He’s done this before, but tonight is different.

It’s felt immediately-there is a particular voltage to this night; he knows that this will be a transport unlike any other. He thinks he’s transporting people, but his soul is about to be moved a galaxy or a million galaxies away from here. The task is simple: Transport a family to a Coldplay concert at Gillette Stadium.

The details are not so simple-this family, though happy and celebratory, is battling a demon. A beast that knows no colors, sex, race, or party affiliation. Cancer has tried to claim them and the matriarch of their clan.

She is a warrior.

Brave and, let me tell you, Beautiful as they come; There is nothing more awesome than seeing a survivor raise their fist in defiance to the scourge that is cancer.

He picks them up and brings them to a show that is OutSTANDING, but finds that it is not the Music, the band or the venue that matters-it is their Love. 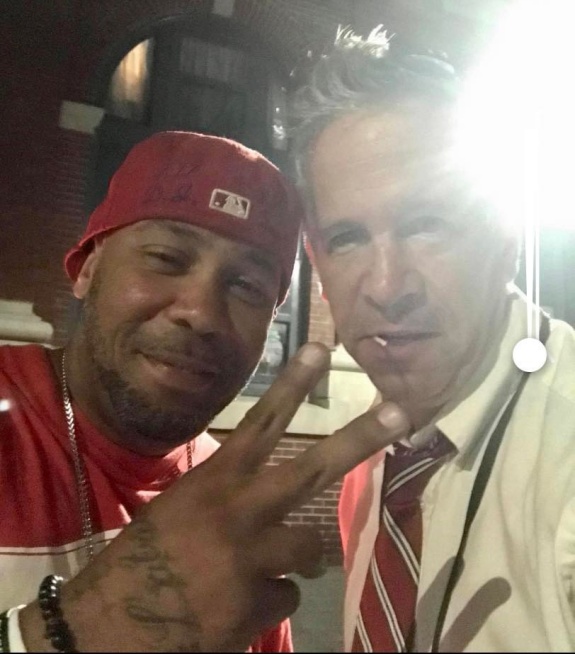 They rejoice before, during, but most importantly, after.

Mom is tired. Fatigued. She has given so much, but continues to smile and give to her two teens because tonight is about that.
It’s about Now.

It’s about, no matter what, we Love Now and Always.

And the night is So perfect.
Tears, hugs, Love and a peaceful ride home.
He knows he has been blessed with this assignment.

He has seen this, smelled this and been this before-but this is not his time to occupy the night-they must get home. And he does just that, because that’s his freaking job.

His heart is heavy, because he recalls, as he drives home to his love, about life passed, love lost and opportunities missed.
It is a long drive from Rochester to Dartmouth on a low gas tank, but he hadn’t thought of that since he’d arrived to take the transport vehicle.

He was going on his 71st hour of work that week after all, and when he’d arrived, he saw that the gas light was glowing, but ignored it to do his job.

Ignored for then, because the next job is due and waiting.

On the way back from Rochester and his car runs out of gas on 195 West.

He glides down, taking exits to try to get as close to a gas station as possible and his car dies coming off the Pleasant S.t exit entering the Weld Square district.

50-year-old white male in a shirt and tie broken down in Weld Square at 2:00 AM.

He stops, throws it into park, and sits to laugh.
This is the city he was born in.
The city he’s succeeded and failed and succeeded and failed in.
So, it’s home.
Oh, and the phone charger crapped, so he has no communication to the “safe world”.
He laughs and wonders.
Then a white truck pulls up.

The man in the passenger seat asks if he needs help, which of course he does.

He explains his situation and the man in the truck says he’d be happy to go get some gas but is short on cash.

So our hero throws all caution to the wind and tells him to take some $$$ on him to please go get some gas.

The passenger gladly accepts and promises to come back.

He has no change except for a $50 dollar bill, but he has no choice but Faith.

Not faith in God, Trump, Jesus or Picasso, but faith in the human spirit and he knows, he doesn’t guess, he KNOWS this is what he needs to believe in.

So the money is given and the truck and accommodating passenger drive away, promising to return.

His phone springs to life miraculously and he panickingly betrays his faith and calls his wife.

And, as he’s explaining, the passenger in the truck pulls up-explaining and apologizing for the wait, but that they had to go to 3 diff stations to find a tank.

The passenger then goes to our hero’s tank and puts in the gas to get it started.

He shakes our hero’s hand and promptly refuses any cash for his time.

Instead, he obliged to a hug that I believe I needed more than him.
We snapped this photo and said goodbye.
He told me his name, but through the tears, I forgot and feel terrible about that.
I want to say thank you, but wasn’t sure how to reach him & how to compose this until now-yeah, it’s taken a year!
I believe he said his name was “Buddy”.

So if anyone talks about how bad this city is, remember, a city isn’t bad, it’s the people who occupy it who give it its identity!

And, this 50-ish yr old homeboy who has spent time in and out of this city will forever exclaim, “THIS is why I LOVE NEW BEDFORD!!!” -Sean G FitzGerald.