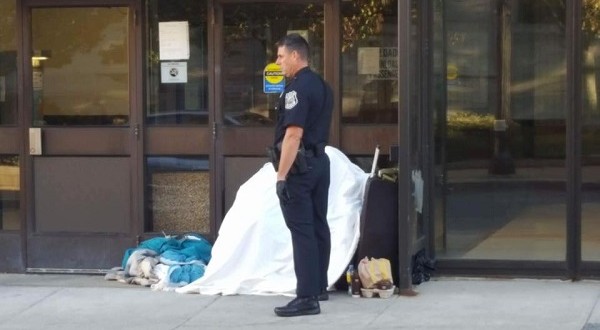 A 60-year-old homeless man was found deceased at 4:27 p.m. Sunday afternoon on Elm Street outside the SRTA bus terminal in New Bedford. According to the New Bedford Police Department no foul play is suspected.

The man’s body was released to the medical examiner. He was last seen alive at about 1:30 p.m.

His identity has not been released pending notification of family members. More details will be available when notification has been made.