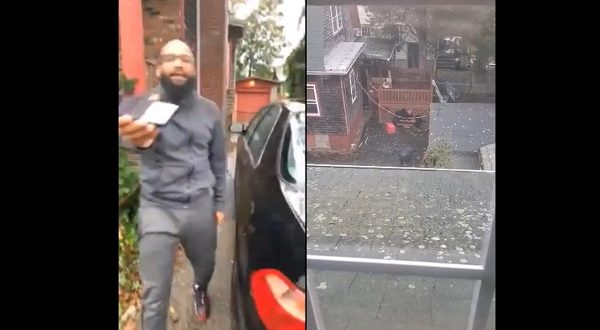 The following information has been released by the New Bedford Police Department:

Dogs do not appear injured, according to Tufts VETS; Police urge residents to contact 9-1-1 in any emergency situation

NEW BEDFORD – Miguel A. Martinez, 41, has been charged with animal cruelty in accordance with Massachusetts general laws Chapter 272, Section 77, after alleged cruelty to a dog in New Bedford.

Martinez was charged after police responded to his residence, 472 Cottage Street, on Wednesday, October 9, in response to reports of cruelty to an animal.

At approximately 5:02 p.m., New Bedford Police were dispatched to 472 Cottage Street to meet Animal Control officers regarding the report animal cruelty. Police had also received calls after the video had been posted to social media. When police arrived at the address, an individual at the address stated that she had arrived after seeing the video on Facebook and had driven there in order to confront the suspect. The individual stated she had parked in front of the address’s driveway in order to prevent the suspect from leaving the premises.

New Bedford Police ask that the individual who recorded the video, and anyone who may have further information on this case, contact Detective Division at 508-991-6300 ext. 79519 in order to assist in the investigation.

Police urge residents to contact 9-1-1 in any emergency, never to wait
New Bedford Police urge residents to contact 9-1-1 the event of any emergency, including animal cruelty as it is happening. While recording a video can certainly help provide valuable evidence to the police, calling 9-1-1 during a suspected crime as soon as possible is the best way to ensure police are able to respond and to ensure public safety.