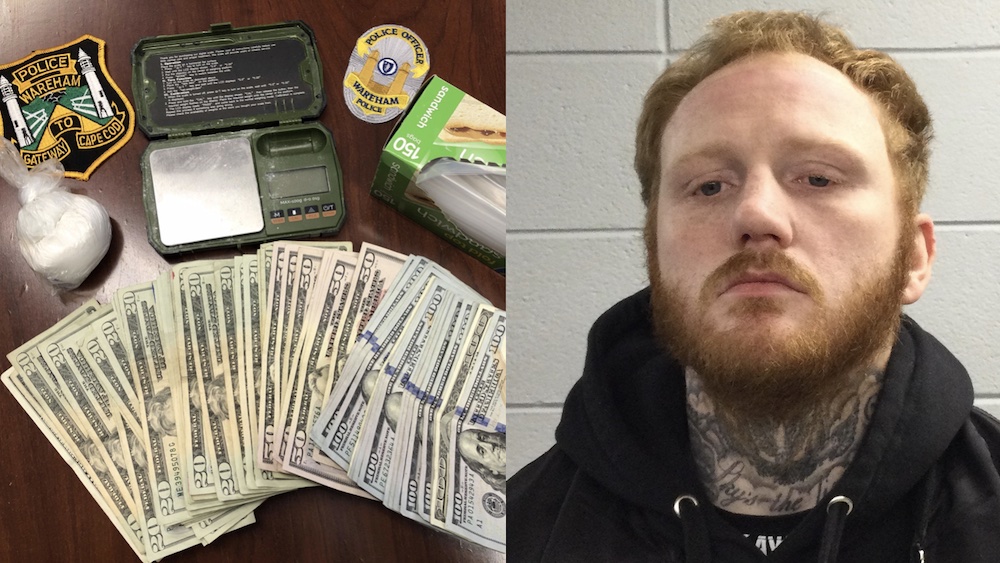 On Friday, March 5, shortly before noon, Wareham Police detectives armed with a search warrant raided a room at the Rosewood Motel. The raid follows an investigation by detectives into illegal narcotics activity.

In the room, detectives seized 56 grams of suspected Fentanyl. The principal subject of the warrant, 30-year old Matthew Watterson, of 3115 Cranberry Highway #28 East Wareham, was placed under arrest by WPD detectives after being located in Bourne.

In addition to the Fentanyl, detectives confiscated $2,947 in cash, a digital scale, and other items associated with the illegal narcotics trade.

Watterson is charged with trafficking in more than 10 grams Fentanyl. After being processing at police headquarters he was transported to Wareham District Court for arraignment.