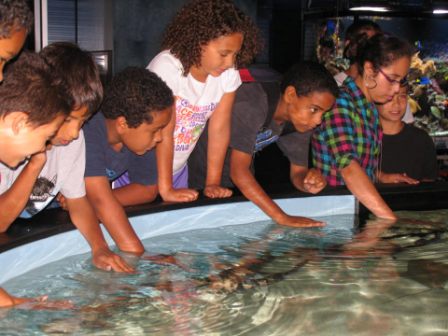 What the State’s FY 2014 Budget Means for New Bedford

This cam directly from the office of Senator Senator Mark Montigny …

Senator Mark Montigny is pleased to announce that after hard fought negotiations in the Budget Conference Committees, he has secured funding for several worthwhile South Coast projects and institutions in the final versions of the State’s FY 2014 Budget and this fiscal year’s Supplemental Budget. During this year’s budget process, as he has in the past, Senator Montigny used his seniority and experience to secure funding for some crucial local programs. “Many of my funding earmarks continue our efforts to further promote local economic development by investing in the creative economy and our cultural and tourism assets. Other earmarks provide funds for much needed research on fishing stocks to better counter the excessive federal regulations that are crippling our fleet and worthwhile veteran programs. The state monies attained will greatly benefit many in our area”, said Senator Montigny.

“The development of New Bedford’s arts and cultural economy in order to spur overall regional economic development has been a priority during my tenure in the Senate. In the past, I have secured millions of dollars in state funds for projects like the Star Store Building’s transformation into UMass Dartmouth’s art school, the Zeiterion Theatre and other arts and cultural programs. The funding secured in this year’s state budgets keep this momentum moving forward,” said Senator Montigny.

• $200,000 for the Zeiterion Performing Arts Center. “This money will permit the Zeiterion to meet its obligations and continue to be an anchor in New Bedford’s growing arts and cultural district. When the Zeiterion experienced financial difficulties late last year, I initiated talks between the Zeiterion, City and our local legislative delegation. I was told that if I was able to get $60,000, the Zeiterion could keep its doors open,” said Senator Montigny As he has done many times before when the Zeiterion needed funding in order to survive or upgrade the quality of its offerings, Montigny promised to get the needed funds. “The $200,000 will ensure that the Z stays open and continues to offer the world class performances it was in real danger of losing without the extra state funding,” commented Senator Montigny.

• $100,000 to the New Bedford Ocean Explorium. “This institution is one of our tourism treasures and provides phenomenal educational services to local students. The Ocean Explorium took a big hit this year when UMass Dartmouth unexpectedly cut its funding of the Explorium and was in real financial danger. The money provided will allow the Explorium to bridge its budgetary gap and continue to provide the quality educational experiences we have come to expect and enjoy”, stated Senator Montigny.

• $150,000 to the New Bedford Historical Society to further grow its efforts to tell and promote the story of Frederick Douglas in New Bedford. “This grant will further promote our creative economy by allowing the New Bedford Historical Society to expand it work in telling the story of Frederick Douglas in our City. Douglas was one of the most important figures in both our national and local histories. His story, and that of New Bedford’s role in the Underground Railroad, are ones that need to be told loudly and must become a cornerstone of our tourism economy,” said Senator Montigny.

• $50,000 to the New Bedford Whaling Museum, in conjunction with the City of New Bedford, for expenses related to next year’s homecoming of the Charles W. Morgan to New Bedford. The Senator noted “next year’s visit of the Morgan will be a national, if not international, tourist event that is sure to bring many new visitors to our City. The funding will assist in ensuring that the ship’s visit to New Bedford is not only memorable but a boost to our local tourism economy.”

In addition to aiding the South Coast’s creative economy, Senator Montigny also focused state dollars on the area’s fishing industry by earmarking $425,000 for sonar and fisheries research designed to assess the biomass of ground fish including yellowtail and cod in the area managed by the New England Fisheries Council. The research will be conducted by UMass Dartmouth’s School of Marine Science and Technology and the State Division of Marine Fisheries. “In the wake of devastating federal regulatory controls, further objective research is needed to fully understand the nature of our fishing stocks and to combat the often faulty science used by federal regulators. The money attained today will help us continue that fight,” stated Senator Montigny.

Montigny also noted “it is unfortunate that we have to spend monies to fight the outrageous actions of federal regulators who seek to destroy the livelihood of our fisherman.”
Increase In Veteran’s Benefits Also Attained.

Lastly, the state budget also includes Senator Montigny’s amendment to increase funding for the New Bedford Veterans’ Transition House. Under the budget language of the Senator, the Veterans’ Transition House will see an across the board 5% increase in its funding over last year. “This additional money will go a long way to funding the services provided to local vets who have experienced difficulties in their lives. Providing for our veterans is a sacred obligation of our government and this funding is a start in meeting that obligation,” said Senator Montigny.