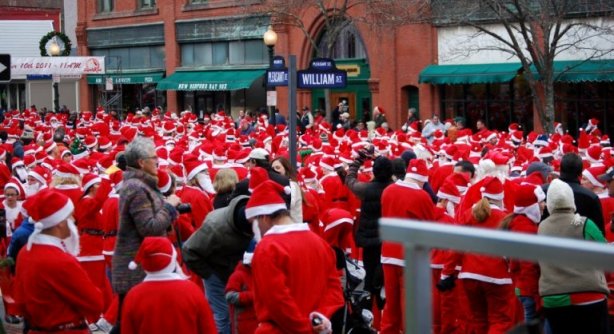 Use the discount code “NBG” and get $5 off this race: http://www.thesightings.com/register/

What traditions do your friends and family uphold during the holiday season?  Perhaps you go to an annual tree lighting, spend time shopping together, or get into season by trimming the tree whilst listening to your favorite carols.  How about dressing up in Santa suits and going for a friendly 5K run together?

This may sound like an unlikely way to celebrate the holidays, but if you witnessed the 1,600 jolly St. Nicks running through New Bedford streets last winter, you know that it is no joke. This year, the Santa Run will happen again on Saturday, December 8th and they are expecting an even greater numbers of participants in what is described as a “fun run” that invites runners of all ages and abilities to join. 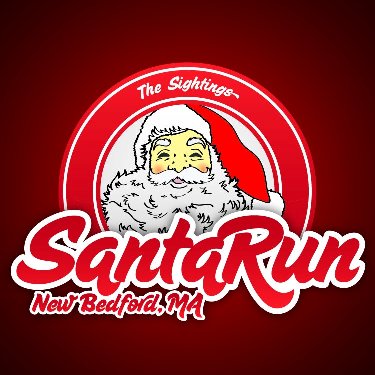 Race director Geoff Smith is a two time Olympic competitor and two-time Boston marathon champion, but he does not expect everyone in the Santa Run to be a serious runner.  In fact, he encourages everyone to join, whether they prefer to run, jog, walk or even push a stroller.  I sat down with Geoff and Director of Marketing, Matthew Neumann the other day to learn more about the 5K.  Geoff explained that the purpose of the Santa Run is to “get everybody off the couch” and “bring people together for the holiday.”

Getting into the spirit of the season by running in a Santa costume is quite unique to most parts of the county, but New Bedford is not the only city that hosts this event.  Geoff told me that in the past seven years these Santa races have become increasingly common in the UK and Europe.  The largest number of recorded Santas was in Derry City in Northern Ireland where there were 12,965 participants.

There are only a few cities in the United States that currently host the Santa Race, and Baton Rouge, Louisiana is the newest to join as a “sister race” to the city of New Bedford.  Geoff and Matt mentioned that in the spirit of friendly competition, it will be interesting to see which city registers more runners.

To register for the run or to read more about it, go to thesightings.com.  Use the discount code “NBG” and get $5 off! The cost of registration includes the full Santa costume; hat, beard, belt, jacket and trousers.  The New Bedford Santa Run is also a fundraiser that benefits the South Coast Hospitals cardiac program.  It is recommended that you register as early as possible since there may be more registered runners this year than costumes available.  Additionally, there is a discounted registration fee being offered up until October 31st.

The Santa Run starts at 11 AM at New Bedford City Hall and it ends at City Hall as well.  This year’s course was slightly modified due to the construction, and the new route will no longer include the treacherous Johnny Cake Hill, making it a bit easier.  Furthermore, the cobblestone streets are limited and sidewalks can be used for strollers.  Overall, Geoff and Matt assured me that the run is quite easy and that a 5K (or 3.1 miles) is quite manageable by most everyone.  Geoff noted that, “it is more about the experience than it is about the run”.

The Santa Run is a jolly, one-of-a-kind way to walk/jog/run your way into the holiday season while also sharing in the spirit of giving to a great cause.  If you are interested in becoming a sponsor, email info@thesightings.com to find out more about sponsorship packages.  Find them on Facebook at facebook.com/santasightings.

The South Coast has been my home since I came to UMD in 2005. I have worked and lived in NB, and now live in Westport. With a Master's in public relations I have worked as a consultant, and as a professor. I love trying new foods, writing, watching movies (and football!), traveling, listening to a wide array of music, and of course, I <3 the South Coast.
Previous New Bedford, a Magnet for Sex Offenders?
Next New Bedford Operation Clean Sweep (15 Sep) 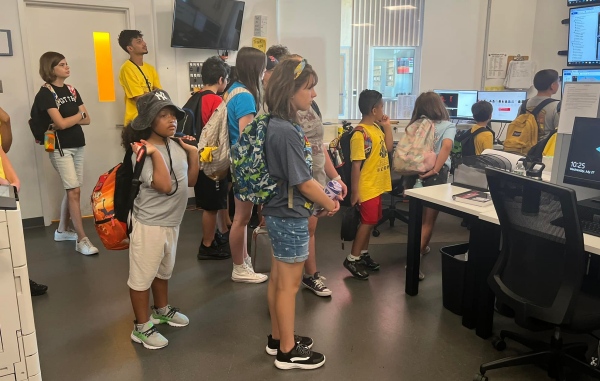 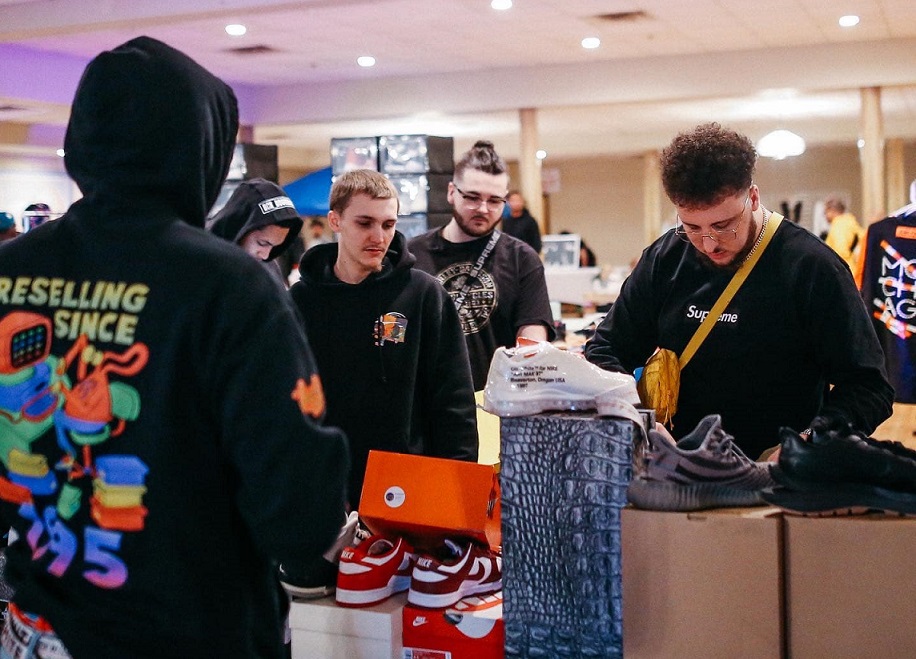