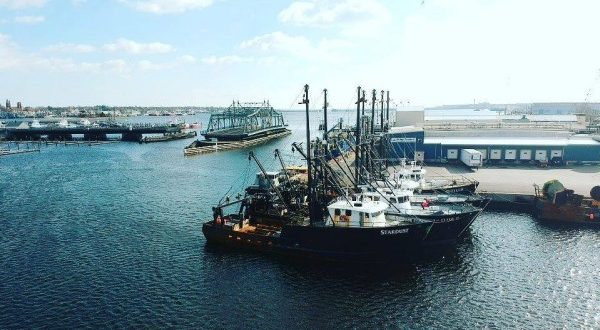 At one point in 1857, New Bedford was the richest city per capita in the world because of fishing, whaling to be precise. Back then there were 329 vessels worth over $12 million. While whaling began to decline from that point on, New Bedford went on to textiles and lighting, before returning to the bounty of fishing again.

The National Marine Fisheries Service released its annual report yesterday and for the 20th year in a row, New Bedford is the nation’s highest-grossing commercial fishing port with an astounding haul worth $451 million, up from $431 million in the previous year.

How far ahead is New Bedford when compared to other fishing ports around the world? No one is even close. Second place went to the Port of Naknek, Alaska, which landed a total catch that was “only” worth $289 million. The popularity of TV shows has shined light on Dutch Harbor, but that port only brought in a total catch valued at only $190 million, garnering them 3rd place.

What makes the first place ranking even more special is that New Bedford isn’t a top winner when it comes to volume. In fact, we didn’t even make it into the top ten: New Bedford ranked 14th place with a total volume of 116 million pounds. Where we stand out is in the value, much of which comes from scallops.

New Bedford Mayor Jon Mitchell said “During the pandemic, we have strived to keep our waterfront workforce safe, and so it is encouraging now to see seafood businesses alive with activity as the pandemic begins to subside.”

Also proud was Senator Warren for her role: “The fishing and seafood industry are a key part of the Commonwealth’s history, economy, and future, and I and my Massachusetts colleagues worked hard to provide them with federal COVID relief and we will continue to support our fishing community as we recover from this pandemic.” 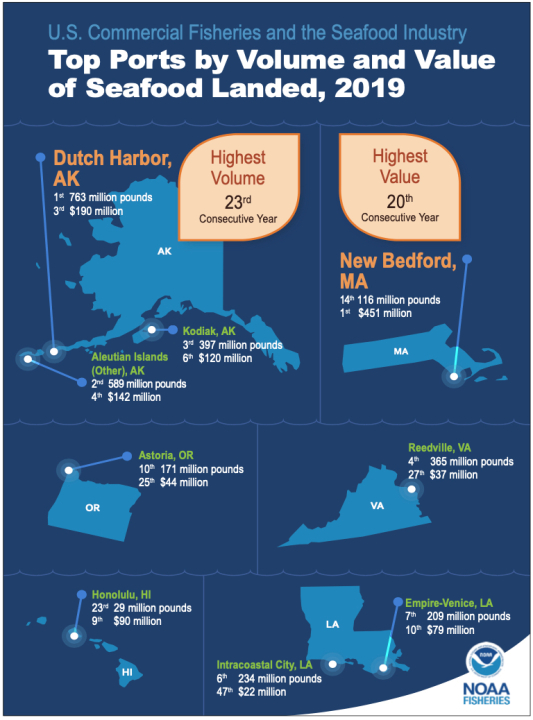