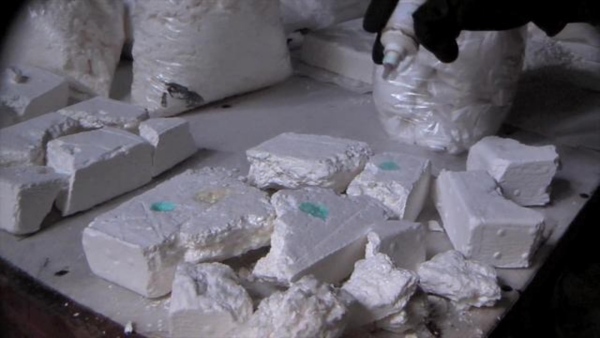 “Over a dozen individuals located in Colombia, Jamaica and Florida have been indicted in Boston, Mass. in connection with their alleged involvement in a sophisticated international money laundering organization that laundered more than $6 million in drug trafficking proceeds from Colombian cartels through the United States, Caribbean and European banking systems.

According to the charging documents, in or about October 2016, law enforcement began an investigation into a sophisticated money laundering organization located primarily in Barranquilla, Colombia. During an extensive five-year investigation, the organization allegedly laundered over $6 million in drug proceeds through intermediary banks in the United States, including banks in Massachusetts, as well as additional proceeds through banks in the Caribbean and Europe by use of the Colombian Black Market Peso Exchange (BMPE). It is alleged that, by using the BMPE, the defendants conspired to conceal drug trafficking activity and proceeds from law enforcement as well as evade currency exchange requirements in the United States and Colombia through the illegal currency exchange process. As part of the conspiracy, the defendants allegedly held roles and responsibilities within the money laundering organization relative to the needs and opportunities of the scheme, such as drug suppliers, peso brokers, money couriers and business owners/dollar purchasers.

According to the charging documents, through the BMPE, Colombian drug trafficking organizations with drug proceeds generated in the United States use third parties – generally referred to as “peso brokers” that are also based in Colombia – who agree to exchange Colombian pesos they control for the drug supplier’s dollar proceeds. Peso brokers then use money couriers in the United States and elsewhere to physically secure the drug proceeds, often in suitcases or bags on the street, and transfer the proceeds into the United States banking system. To avoid detection, peso brokers deposit the drug proceeds into bank accounts in company or individual names intended to appear as legitimate business activity, or through multiple small deposits into different bank accounts which are then consolidated into larger accounts. As a result, Colombian peso brokers control a pool of drug-derived proceeds in United States bank accounts. These dollar proceeds are then purchased by individuals or companies in Colombia seeking to exchange pesos for United States dollars at a favorable exchange rate and in a manner that avoids currency exchange and income reporting requirements. The dollar drug proceeds are transferred at the direction of the purchaser, and often end up in bank accounts of individuals or companies who appear to have no direct involvement in drug trafficking crimes.

The charges of money laundering conspiracy and laundering of monetary instruments each provide for a sentence of up to 20 years in prison, up to three years of supervised release and a fine of up to $500,000, or twice the amount involved, whichever is greater. Sentences are imposed by a federal district court judge based upon the U.S. Sentencing Guidelines and statutes which govern the determination of a sentence in a criminal case.

The details contained in the charging documents are allegations. The defendants are presumed to be innocent unless and until proven guilty beyond a reasonable doubt in a court of law.

The following defendants have been indicted: