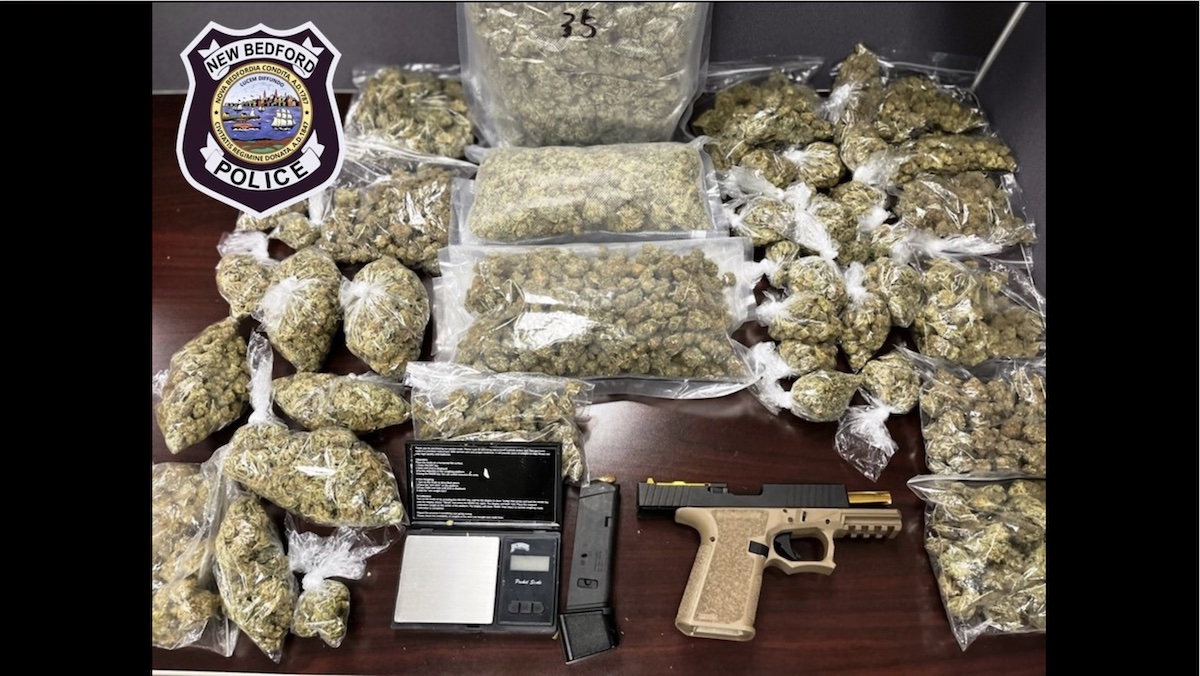 On October 6, detectives were alerted to a social media post where marijuana and a firearm could be seen in a vehicle in the area of the Blue Meadows housing development.

When detectives arrived at the scene, they spotted the vehicle in Blue Meadows along with the two suspects: Calvin Rosa, 18 of 13 Studley St., and a 15-year-old juvenile.

After conducting a search, detectives discovered Rosa to be in possession 43 bags of marijuana packaged in a manner consistent with street-level sales. The marijuana had a combined weight of over 2.5 pounds. He was also carrying an illegal knife.

The 15-year-old juvenile was found to be in possession of a loaded 9mm handgun. Both suspects were taken into custody. The arresting officer was Det. Nathaniel Almeida.

The juvenile was charged with carrying a loaded firearm without a license and possession of ammunition. He was transported to a juvenile detention center, where he was later arraigned and found to be a danger. He will be held for 120 days. Rosa was charged with one count of possession to distribute marijuana and carrying an illegal knife.

Calvin Rosa, who has been on probation since May, was arrested just last week for pointing a firearm at a victim and having four active warrants for his arrest. The district attorney’s office had requested that he be held for dangerousness and probation requested that his probation be violated. Judge Harrington did find him to be dangerous, however set a $500 bail. The bail was posted, and Rosa was released that day.

On Thursday, following this latest arrest, the district attorney’s office once again requested that Rosa’s bail be revoked and that he be held, as he had 17 open charges in district court and a history of defaulting court appearances. The probation department once again requested that his probation be violated. However, he was nevertheless arraigned and released by Judge Lynch.