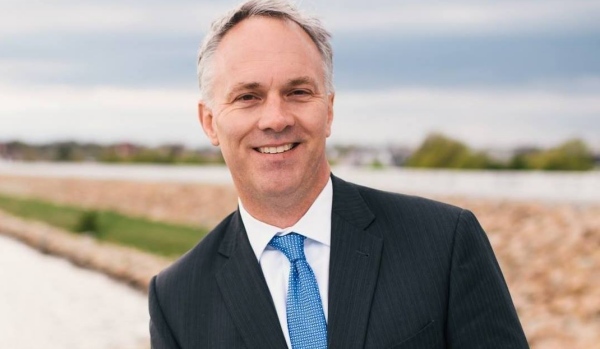 Jon Mitchell has served as New Bedford’s mayor for over a decade but hasn’t committed yet to running for re-election in 2023. A 4-year mayoral term may be hard to commit to if Mayor Mitchell has ambitions for higher office or may just be ready for a change and one should assume the chances he runs for mayor are 50-50%.

In 2011, popular mayor Scott Lang did not seek re-election opening the door for several well-known candidates to compete for the job. Will 2023 see the same results? Candidate Mitchell defeated City Councilor Linda Morad and State Representative Antonio Cabral to become the city’s 49th mayor. In 2017, I wrote an article on the 10 people I thought should run for Mayor and I thought it was time to write an article for who I think are likely candidates to run in 2023. The job is for a 4-year term and Mitchell’s decision to run or vacate the job will determine the quality of candidates.

In 2011, long-time State Representative Antonio Cabral lost to Mitchell by a meager 837 votes in the general election and could throw his hat in the ring should Mitchell vacate the job. There is little risk for Cabral because he can keep his state representative job if he loses.

Long-time New Bedford City Councilor Linda Morad would likely consider entering the race should Mitchell not seek re-election. She’s been voted City Council President several times over her career and is a seasoned politician. Unlike Tony Cabral, there is a risk – she’d have to vacate her city council job to run for mayor as you can’t run for both.

Another long-time New Bedford City Councilor, Brian Gomes has run for mayor or considered the job several times and likely would eye the job should Mitchell not seek re-election. Brian has some political baggage though. In 2017 after 29 years on the job, Gomes was fired from his job at St. Luke’s Hospital following a sexual harassment investigation and had his $1.5 million wrongful termination lawsuit dismissed by a judge a year later.

Maria Giesta was handily defeated by Mayor Mitchell by nearly a 2-1 margin in 2015 and moved on to become a successful Ward 2 City Councilor. Again, if Mitchell does not seek re-election Giesta will likely consider running for the job.

In 2021, Ryan Pereira beat long-time incumbent and then-current City Council President Joe Lopes to take the Ward 6 City Council seat. He knows how to raise money, is a very competent speaker, and is a rising star in New Bedford politics.

Junior Achievement of Southern Massachusetts President Jeffrey Pelletier was considered a solid potential candidate 4-years ago but never threw his hat in the ring. Pelletier is a polished speaker, leads a successful non-profit, and would make an excellent candidate. If Mitchell does not seek re-election, expect Pelletier to consider a run.

While highly unlikely, Former mayor Scott Lang could decide he misses politics and run for mayor again. He would immediately be the favorite in the race.

Henry Bousquet was a popular city councilor but due to being a Republican the “double dip” rule ensured he couldn’t get paid for the job. The excuse was that as a culinary teacher at Greater New Bedford Voc Tech High School, he could not also collect city pay even though two other city councilors at the time were double dipping into state/county salaries.

Local activist Erik Andrade spotlights issues often ignored by the local media and would make debates lively and interesting. He did try but failed to run for City Council though he did perform strongly for a first-time candidate.